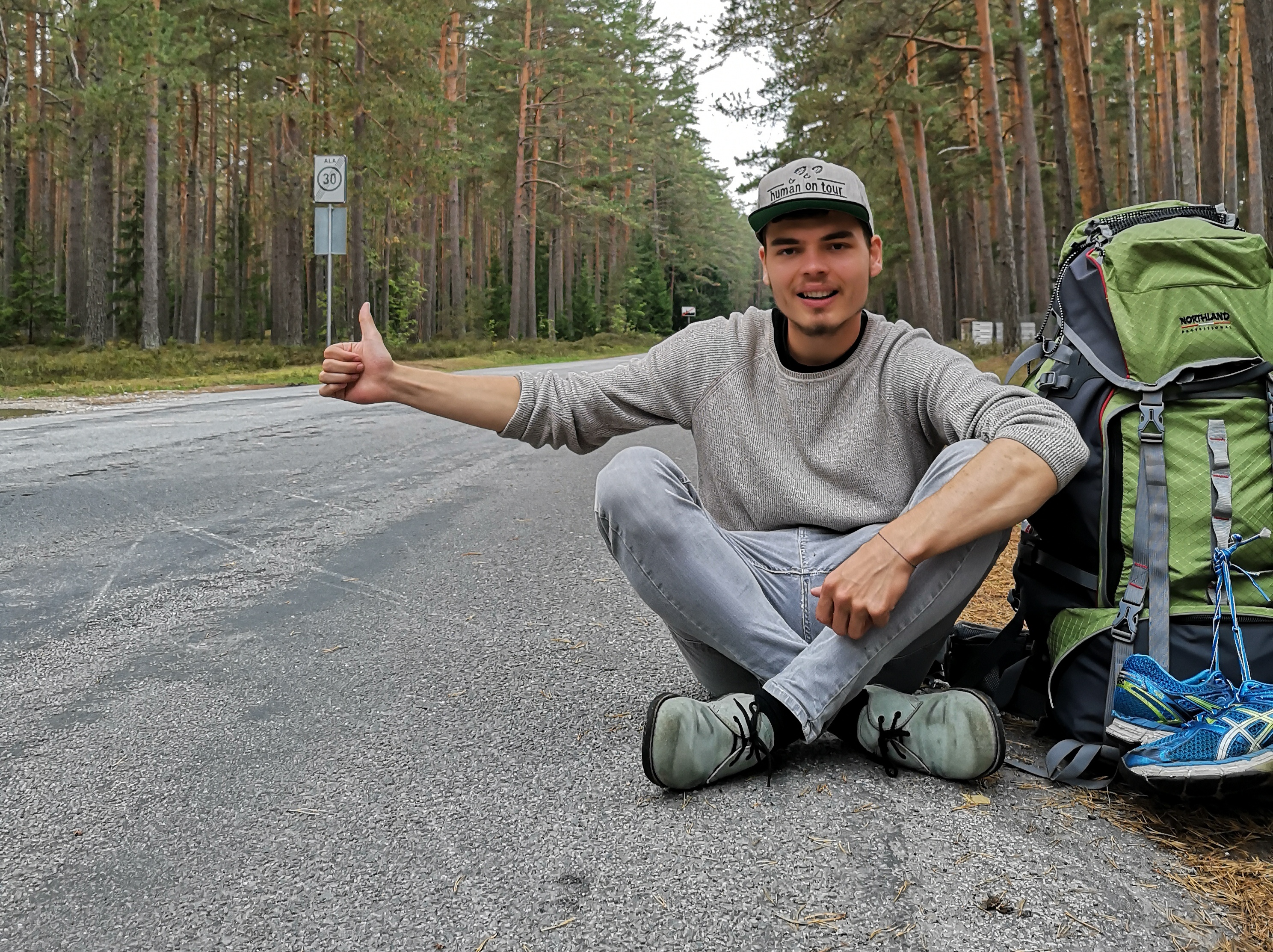 It is unbelievable how fast the last two months passed. But I made so many amazing experiences and met so many people that it could also easily be four months. In this post I will tell you about my experiences in Estonia.

But first there is one more story to be told about Finland. On my way to Helsinki, this woman picked me up. 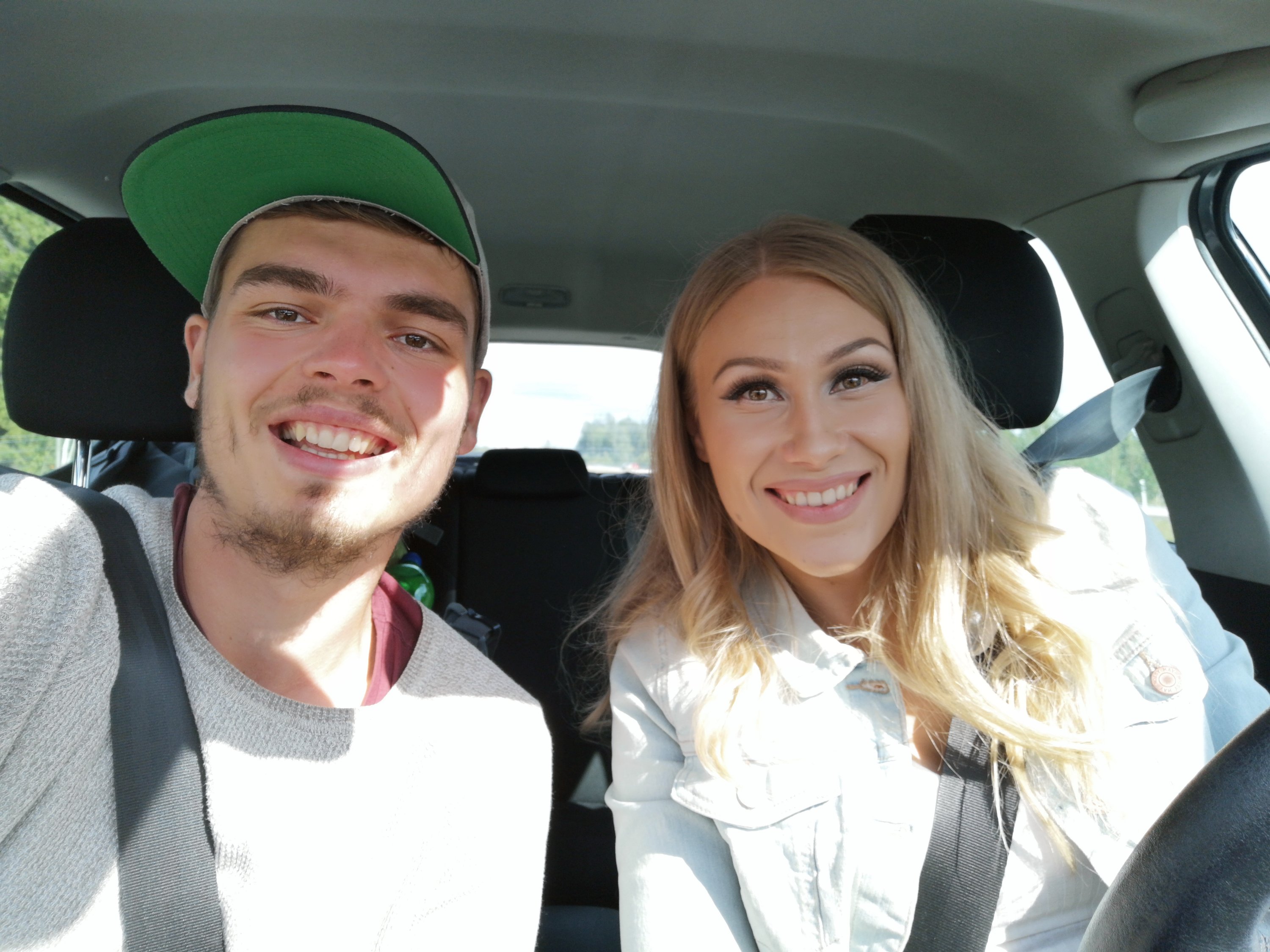 She told me, that she was a teacher and also a musician. What I didn’t know was that she was actually really popular in Finland. How did I find out? She was car number 100 so I posted an Instagram story about it. Then some people that I met earlier in Finland answered to my story. See yourself: 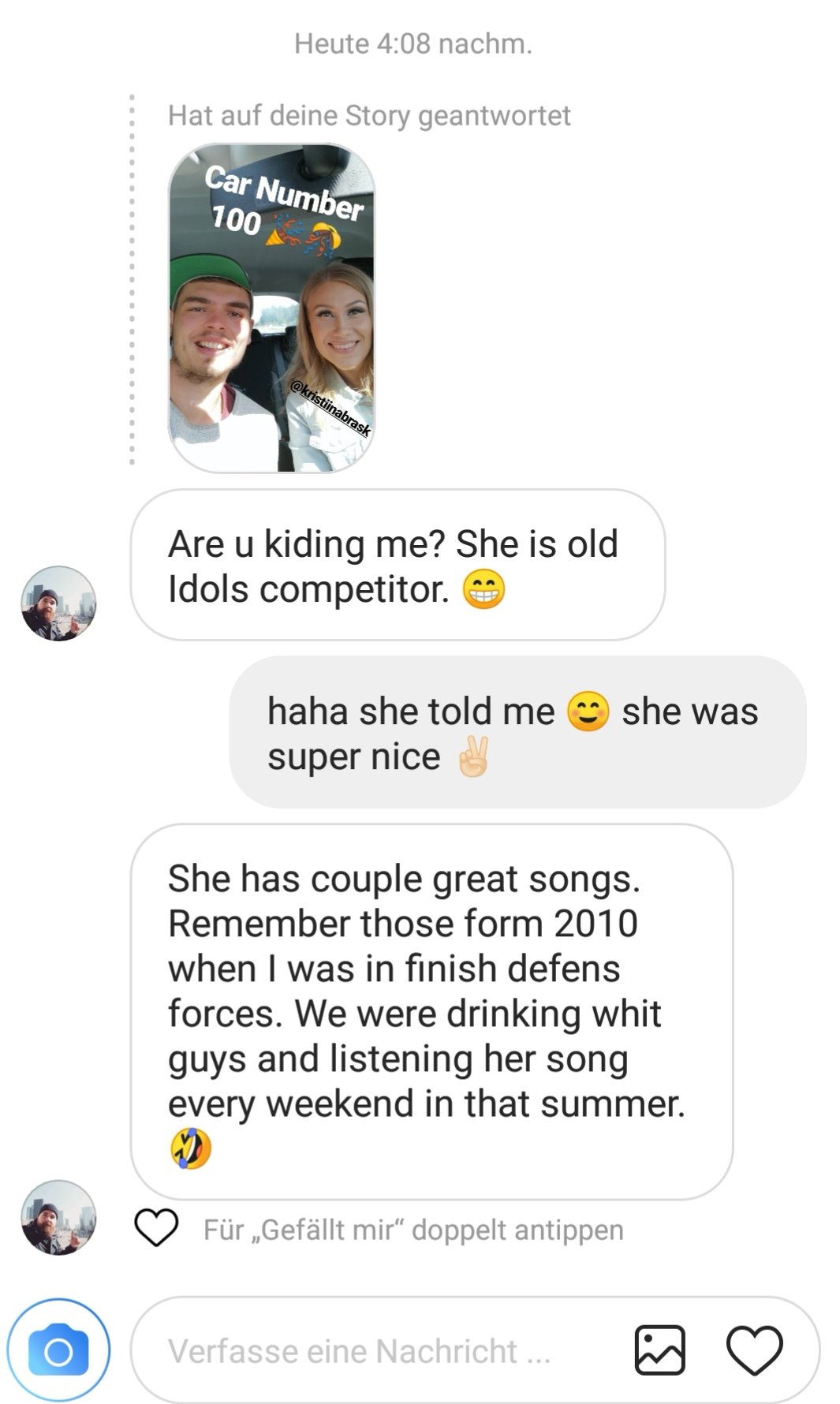 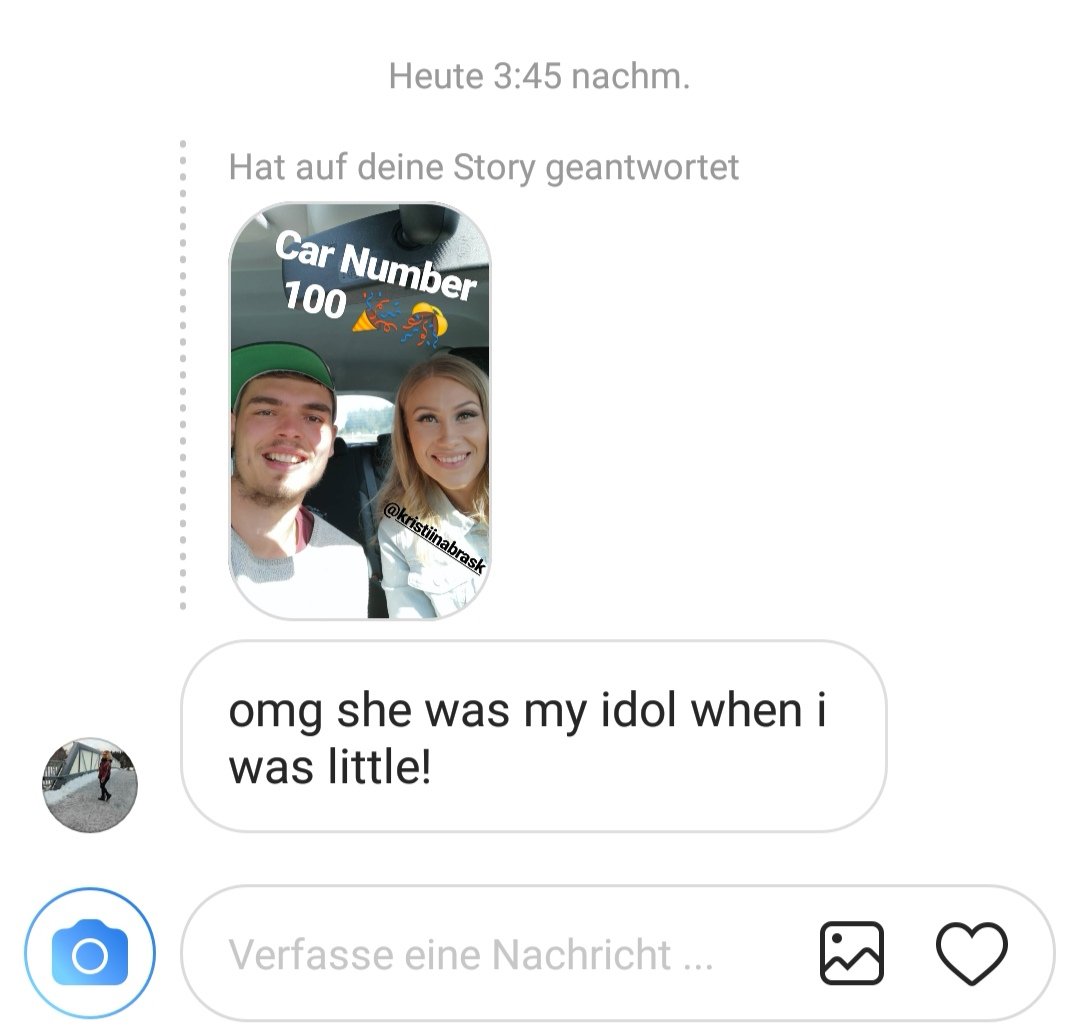 Her name is Kristiina Brask. That’s what I love about hitchhiking. You never know what kind of amazing people with different stories are awaiting in the next car. Many people ask me if I ever had any bad experience with hitchhiking so far. If you’re waiting for some awful stories now, I have to disappoint you. So far only nice people stopped for me. Maybe I’ve just been lucky but I like to think that only nice people stop for hitchhikers so there was not a single car, where I was scared or anything.

After one night in Helsinki, I had a ferry to Estonia, to Tallinn. I choose a nice hostel in the middle of the old town. Tallinn impressed me right from the beginning. The old town, a lot of street musicians, small streets and just a great atmosphere. I met some people in the hostel with whom I spent the evening and the next day together. There was John from the Netherlands, Konstantina from Greece and three guys from Germany. In the evening I went to a football game with the Germans between the two clubs from Tallinn. Although there were not so many people there and mostly children, there was a good atmosphere. 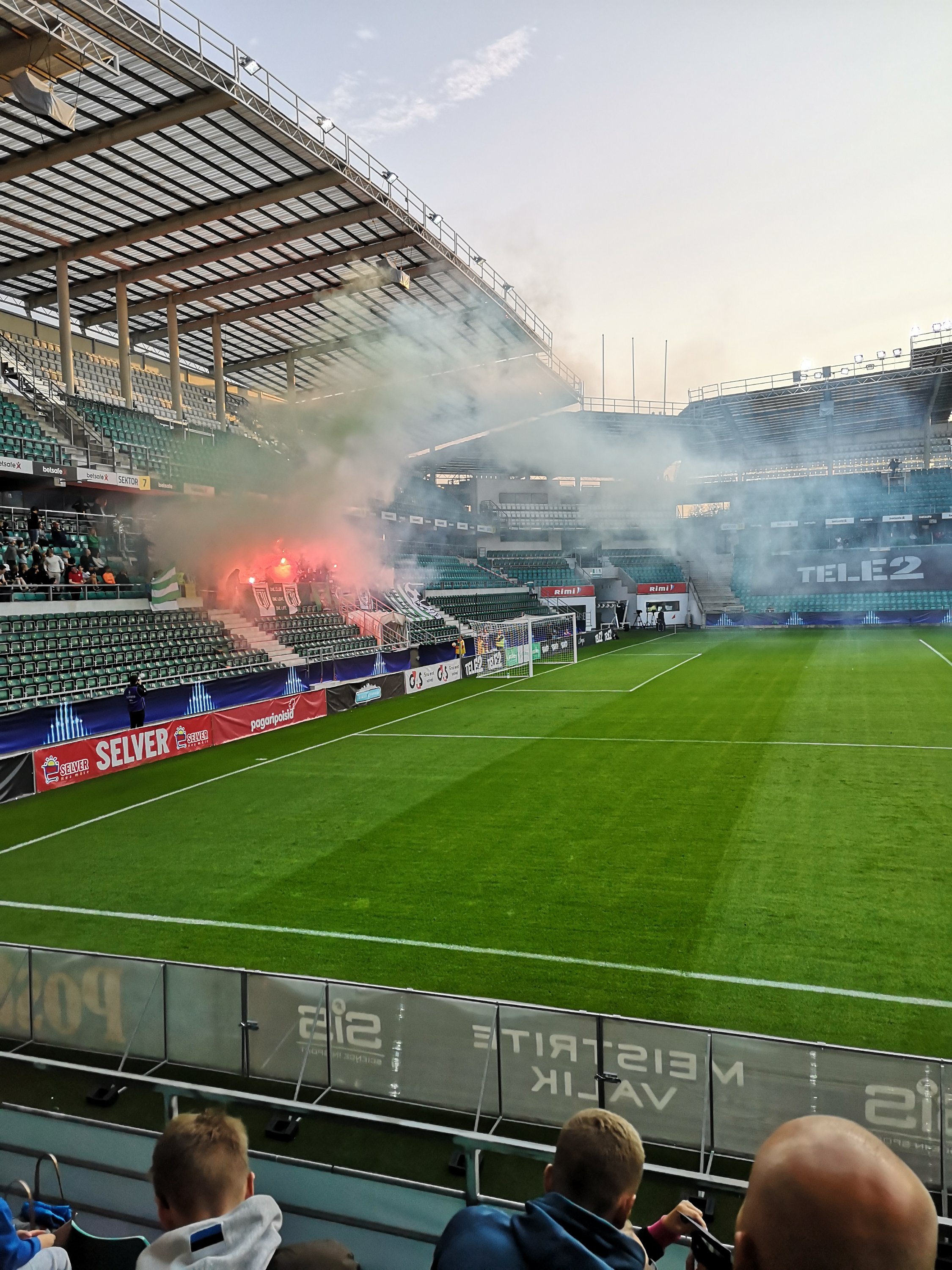 After the game we did a pup-crawl. It was a funny evening and we came back to the hostel late.

The next day Juliane came from Austria to visit me. I picked her up from the airport in the afternoon. We didn’t really have any plans, what we would do for the six days together but the idea was to hitchhike around Estonia a bit. Well sometimes things happen differently. We ended up spending the weekend in Riga because the guy that picked us up went all the way to Riga so we decided to go to Riga as well. There we met up with my friends that I know from the erasmus+ project in Izmir. Read about the project here.

What else did we do in Riga? We did a free walking tour, went to a crazy czech bar and went to the beach in Jurmala. 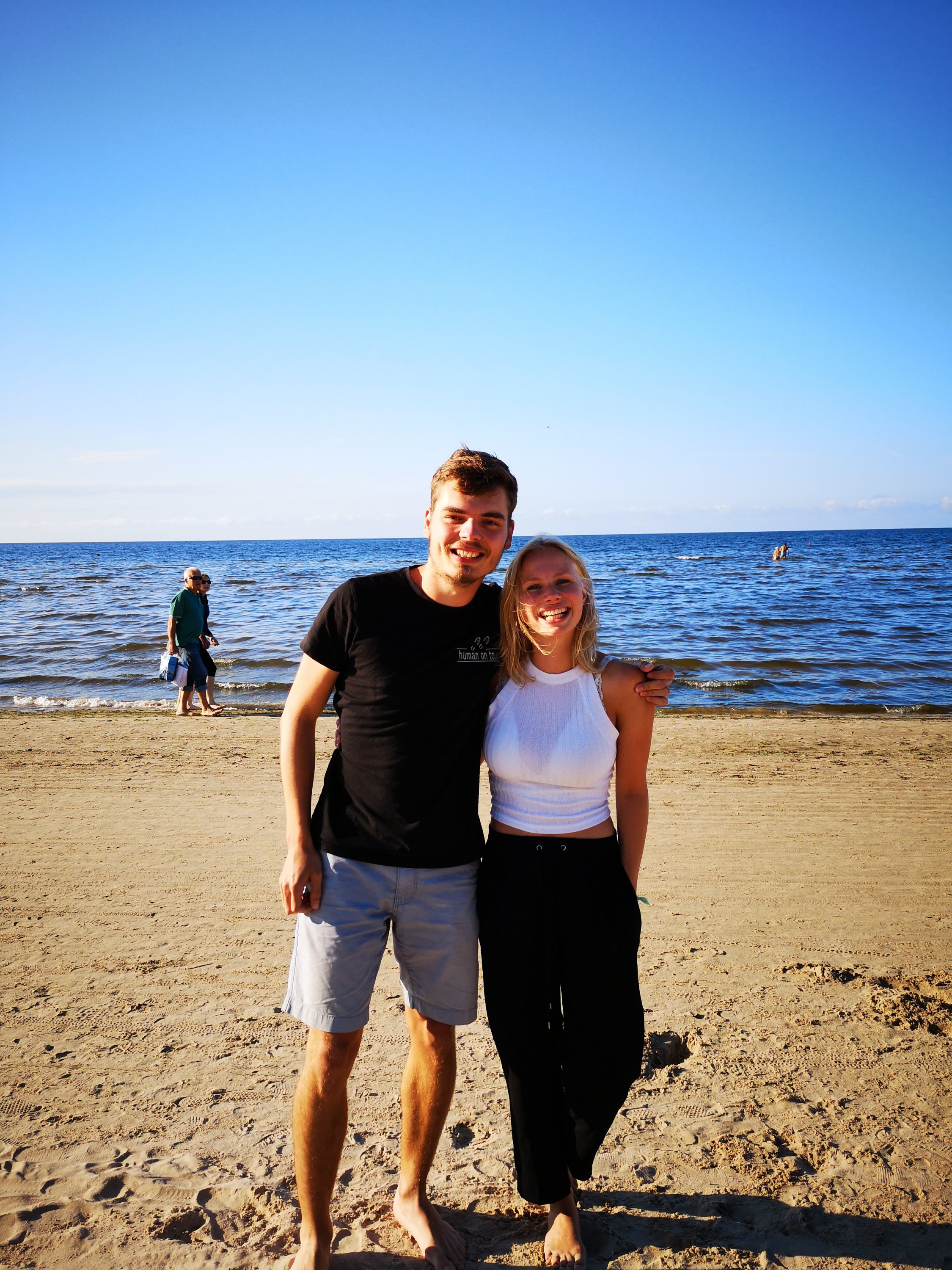 On Monday we drove back to Tallinn with the same guy that took us all the way to Riga on Friday. Toms has had a party weekend and was super tired so I offered him to drive. He agreed immediately and so I drove all the way back, while he was sleeping on the back seat. 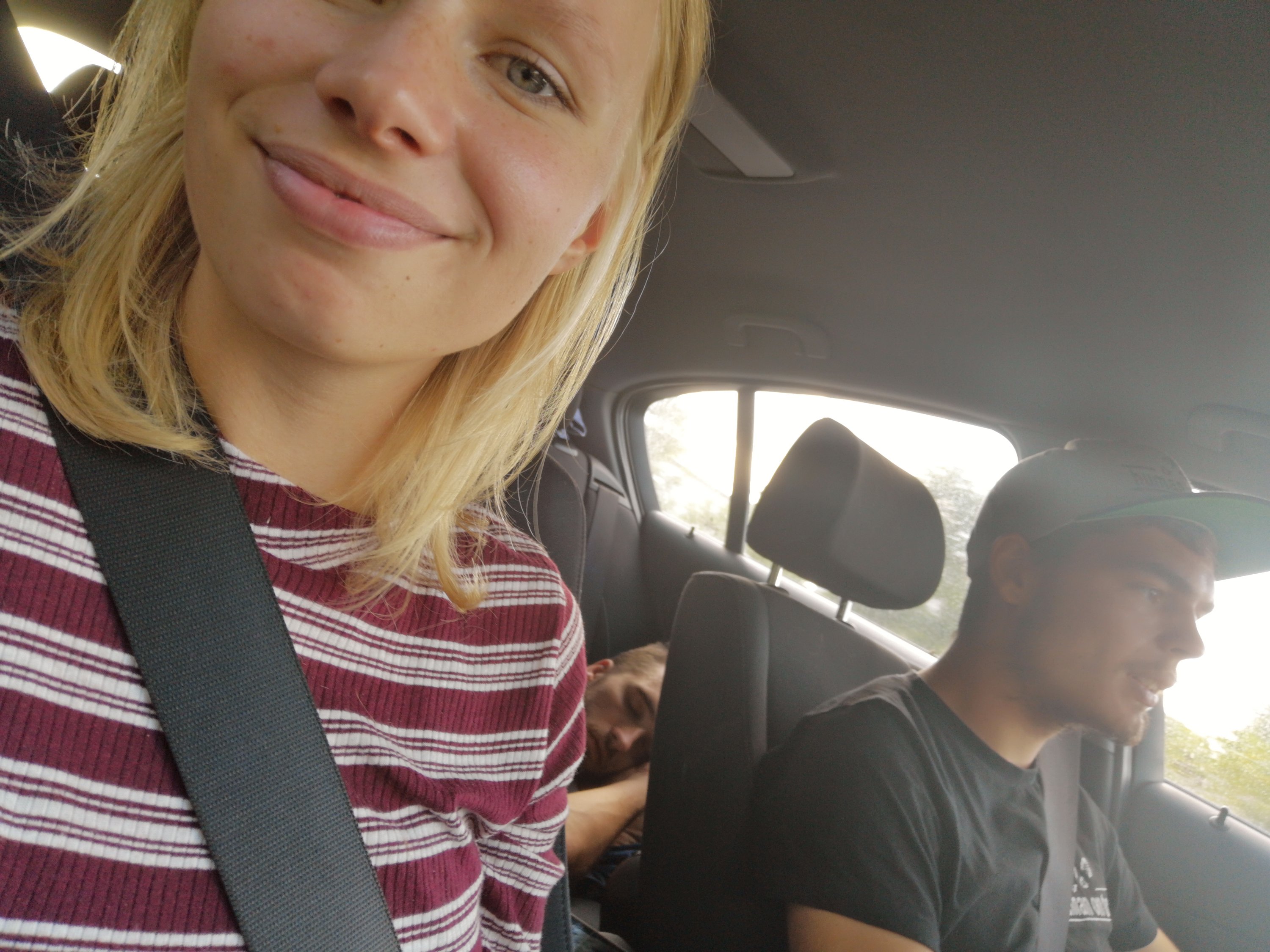 In the evening we hitchhiked to the Lahema national park where we spent one night in the tent right next to the beach. Besides the many mosquitoes it was a perfect spot. 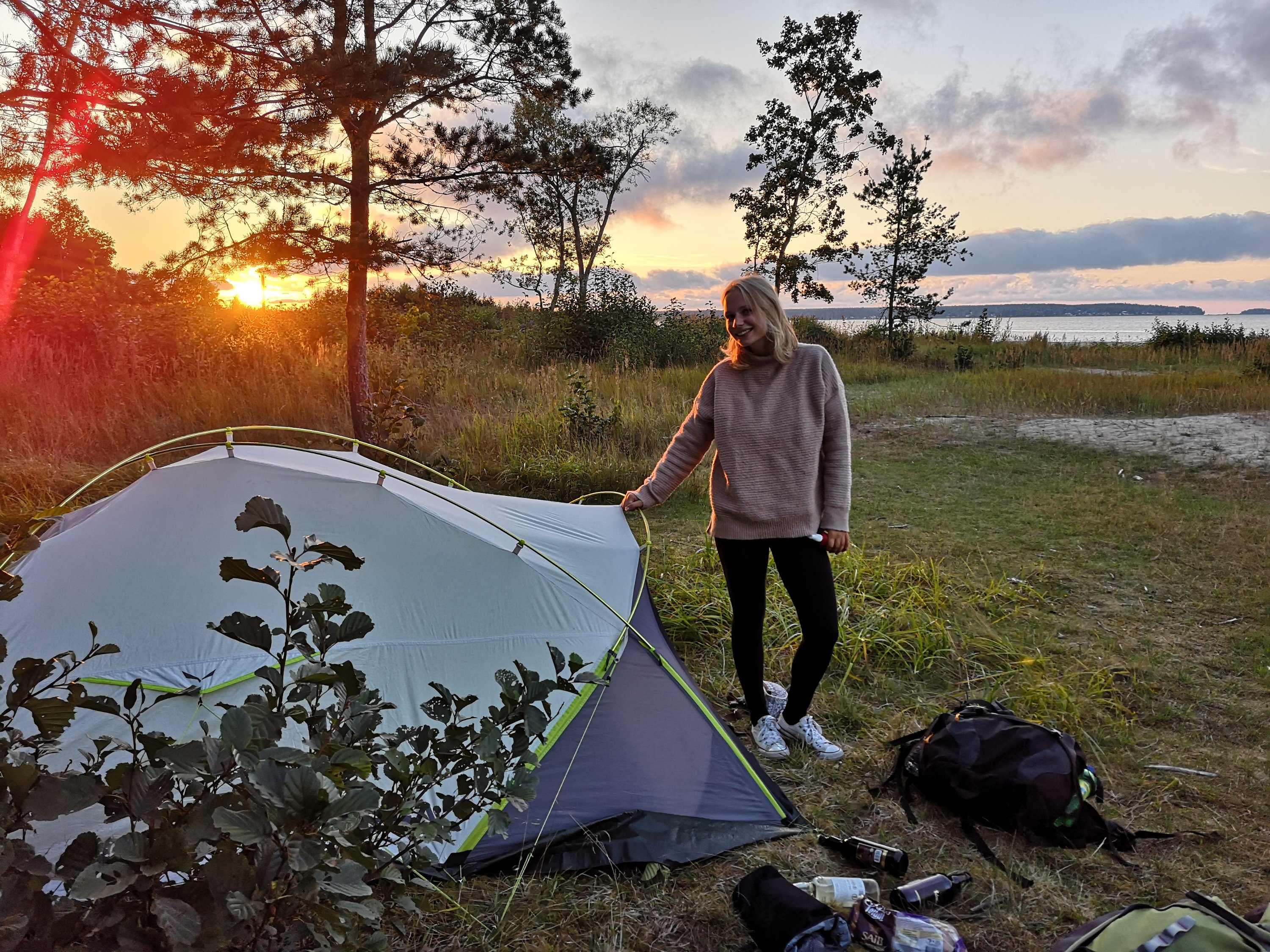 The next day was my birthday and I was more than happy not to spend it alone. We hitchhiked back to Tallinn and spent the afternoon with sightseeing and mainly eating. A perfect day.

In the evening we met up with Liis, a friend of Juliane from her time in America. We went to a nice sushi place and had a great evening. 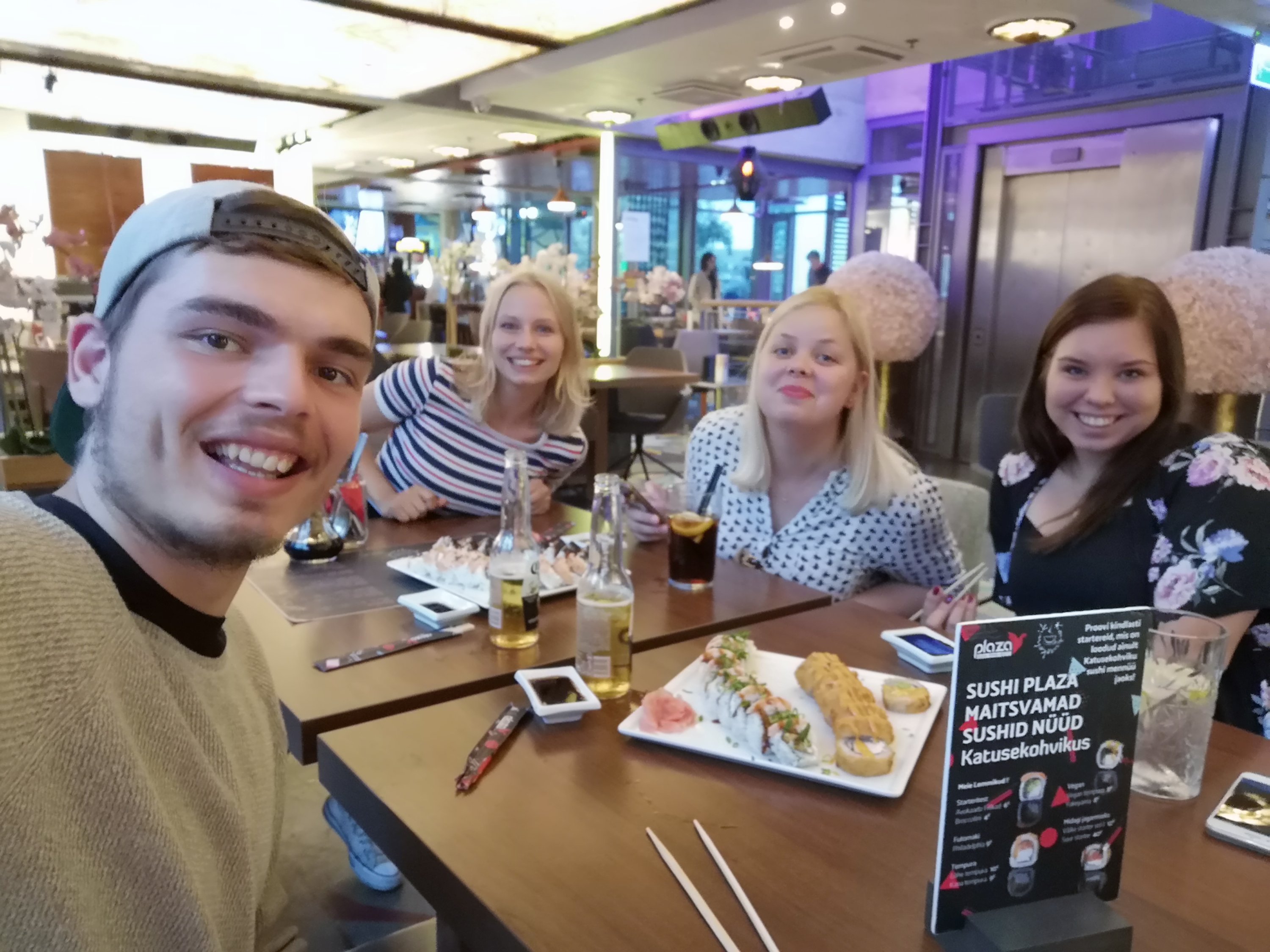 The next day it was time to say goodbye again.
A wise man said once: Happiness is only real when shared. This is one reason why I enjoyed travelling together with Julie so much. It’s just great to have someone around that is as adventurous as you and you can do crazy things together.

I brought her to the airport and stayed one more night in Tallinn. This time I stayed with a guy that I found through couchsurfing. After that I traveled around Estonia a bit more. I went to Narva, which is right next to Russia. That was very interesting for me to see. Right in the middle of the city, there is a river and on one side you have Estonia and Russia on the other side.

In Narva in the hostel I met a guy from the Netherlands with whom I drove around for one day and after that I met up with Liis again. Her parents live not far from Narva and she offered me to host me and to show me around a bit. I stayed for two nights and I got a private guided tour through the monestry in Kuremäe, we went mushroom picking and the best part: I got invited to do a presentation about my trip in a local school. Liis` mom is headmaster there and so she organized, that on Monday morning, we would do a presentation there. Liis spoke about her time as an AuPair in America and I told them how I started and what experiences I made so far. The students from 13 to asked a lot of questions and I really enjoyed it. 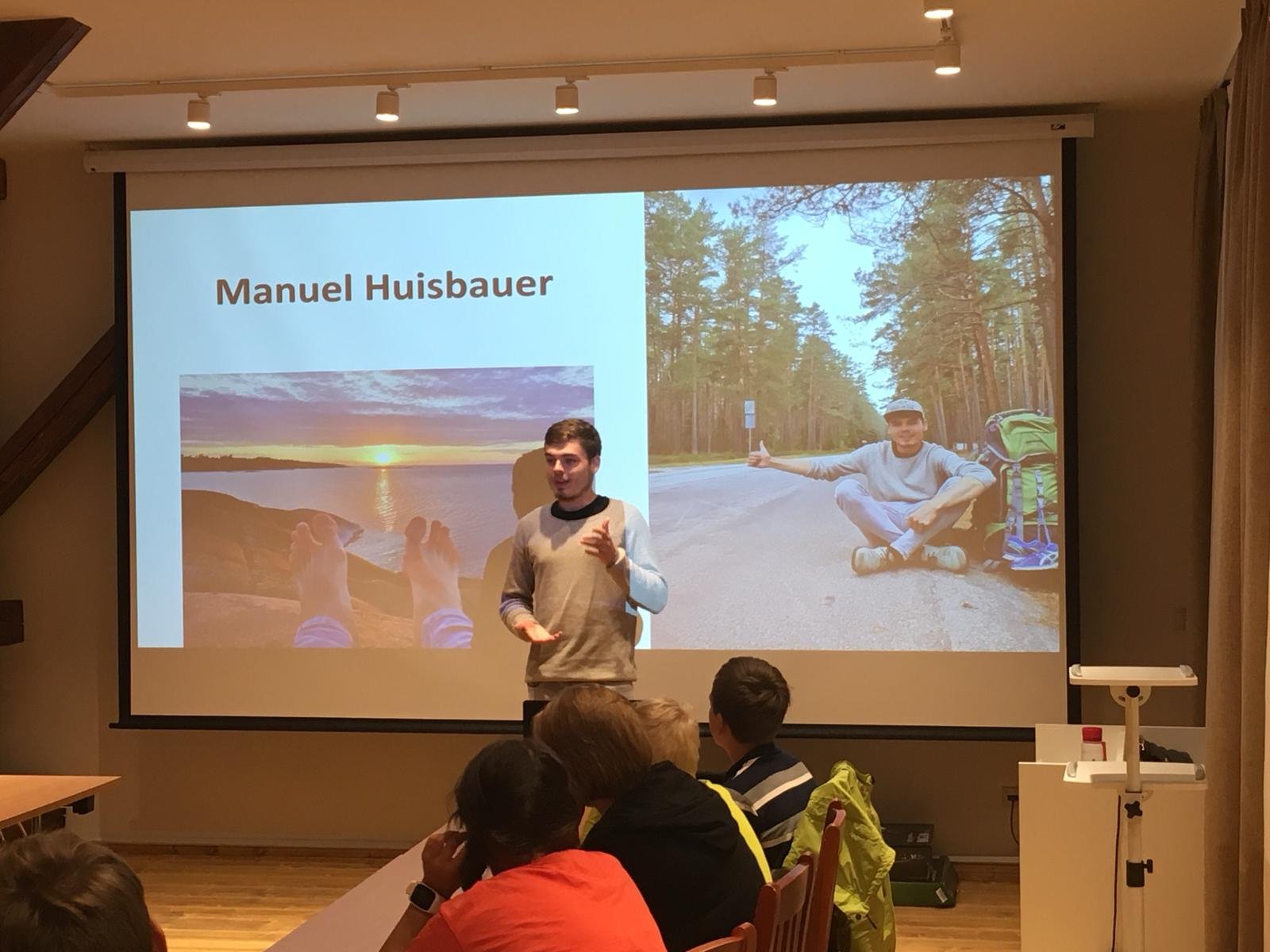 I want to thank Liis and her parents again for everything. Thank you for being so kind and spontaneous, for showing me around and giving me the chance to speak about my trip to inspire others. 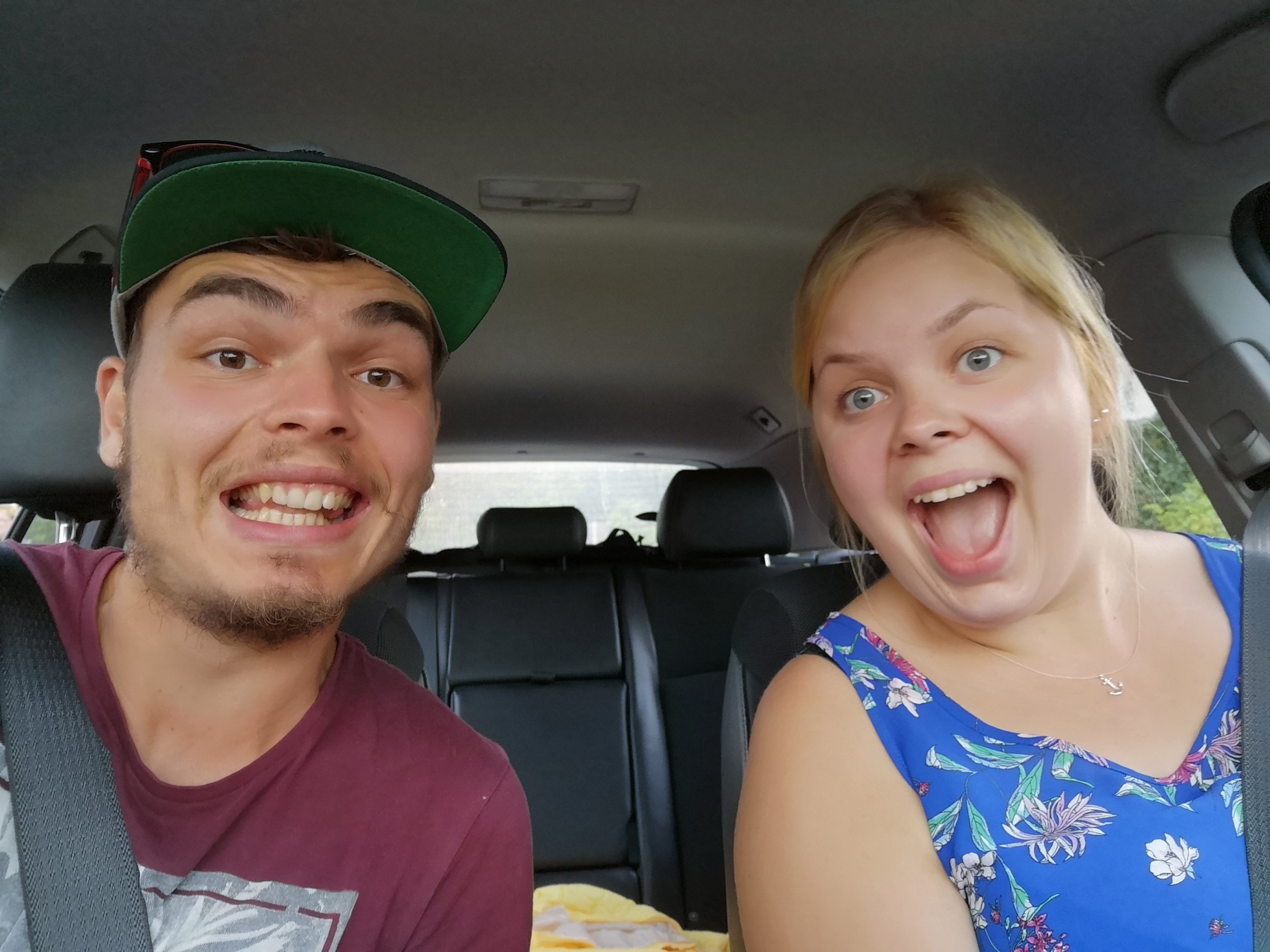 Then I spendt two more days in Estonia. One night in Tartu and one night in Pärnu. In Tartu I had a free night in a hotel because they have a cooperation with the school I did the präsentation in. After that I left Estonia and now I’m again in Riga meeting up with my friends here again but I’m going to tell you about my adventures here in the next post.

Thank you for reading. Here are some more pictures of the last weeks: 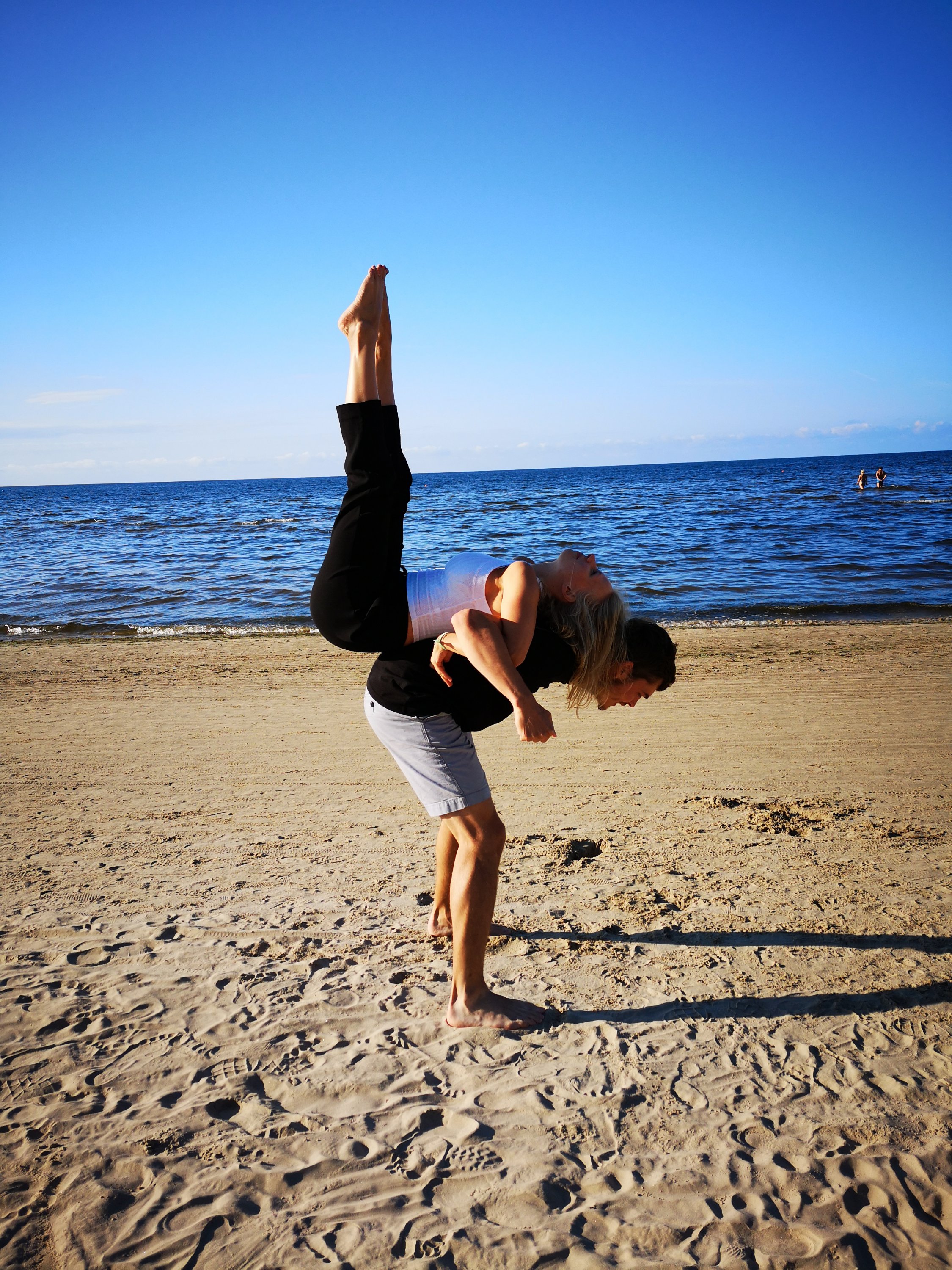