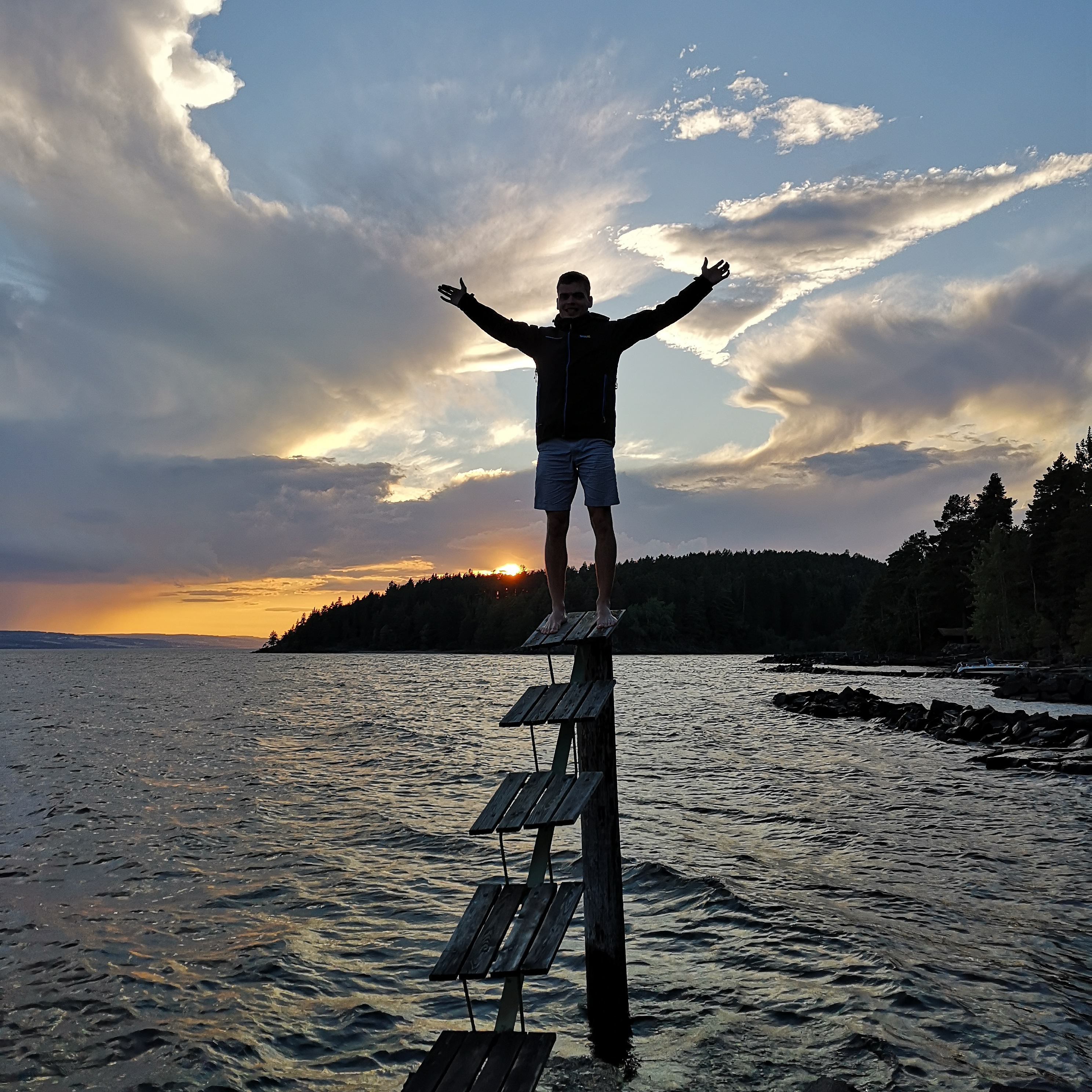 I had an amazing week in Malmö. As said in the previous post, I visited Roxana there. On Monday we went to the beach and I was not sure if I was in Sweden or in Italy. Tuesday was the first day of my trip where the weather wasn’t so good. In the evening it got better and we went to the places where Zlatan Ibrahimovic grew up. 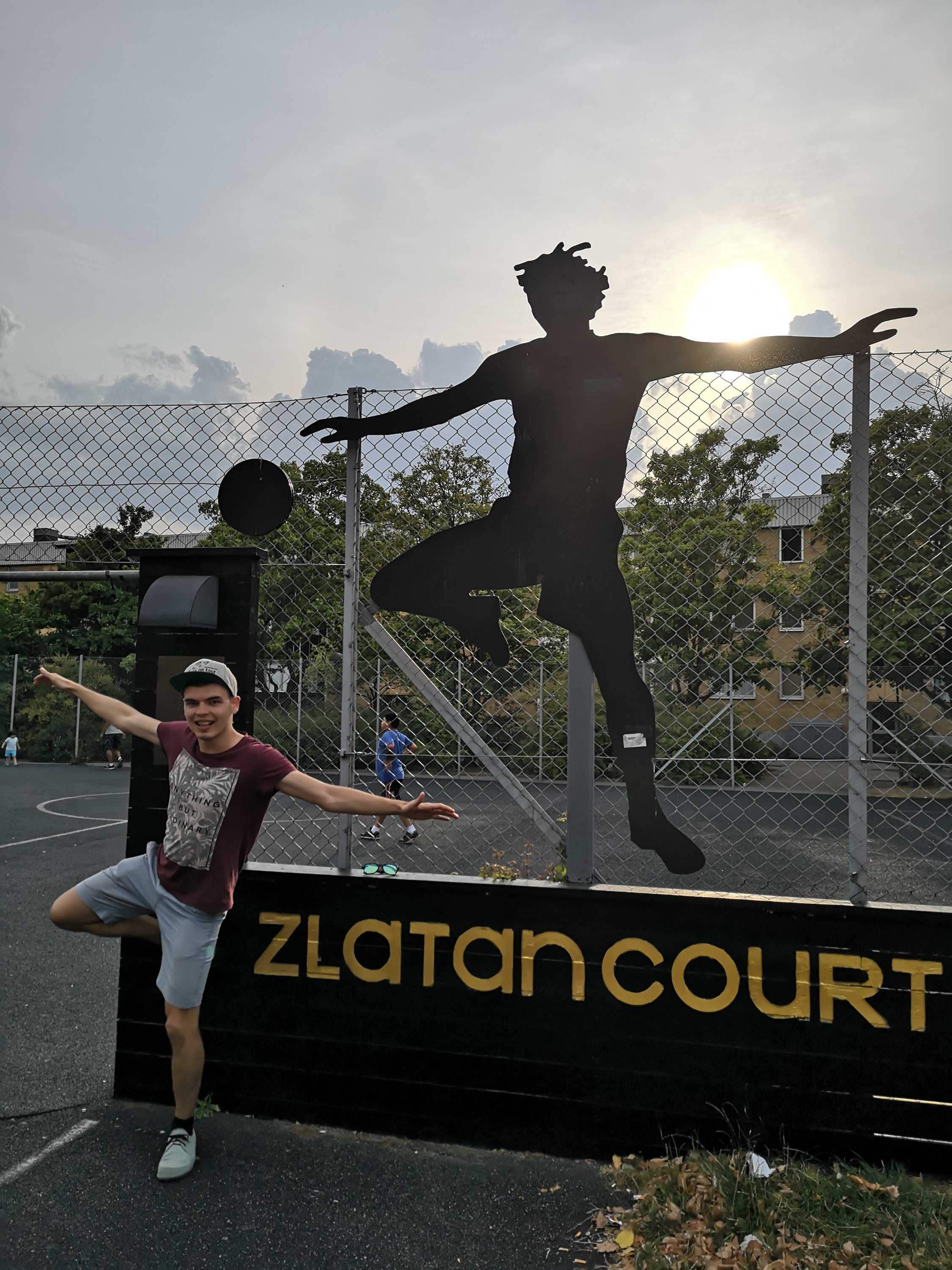 After that we colored the canvases we bought. It was a nice evening sitting on the balcony next to the sunset and painting a sunset. 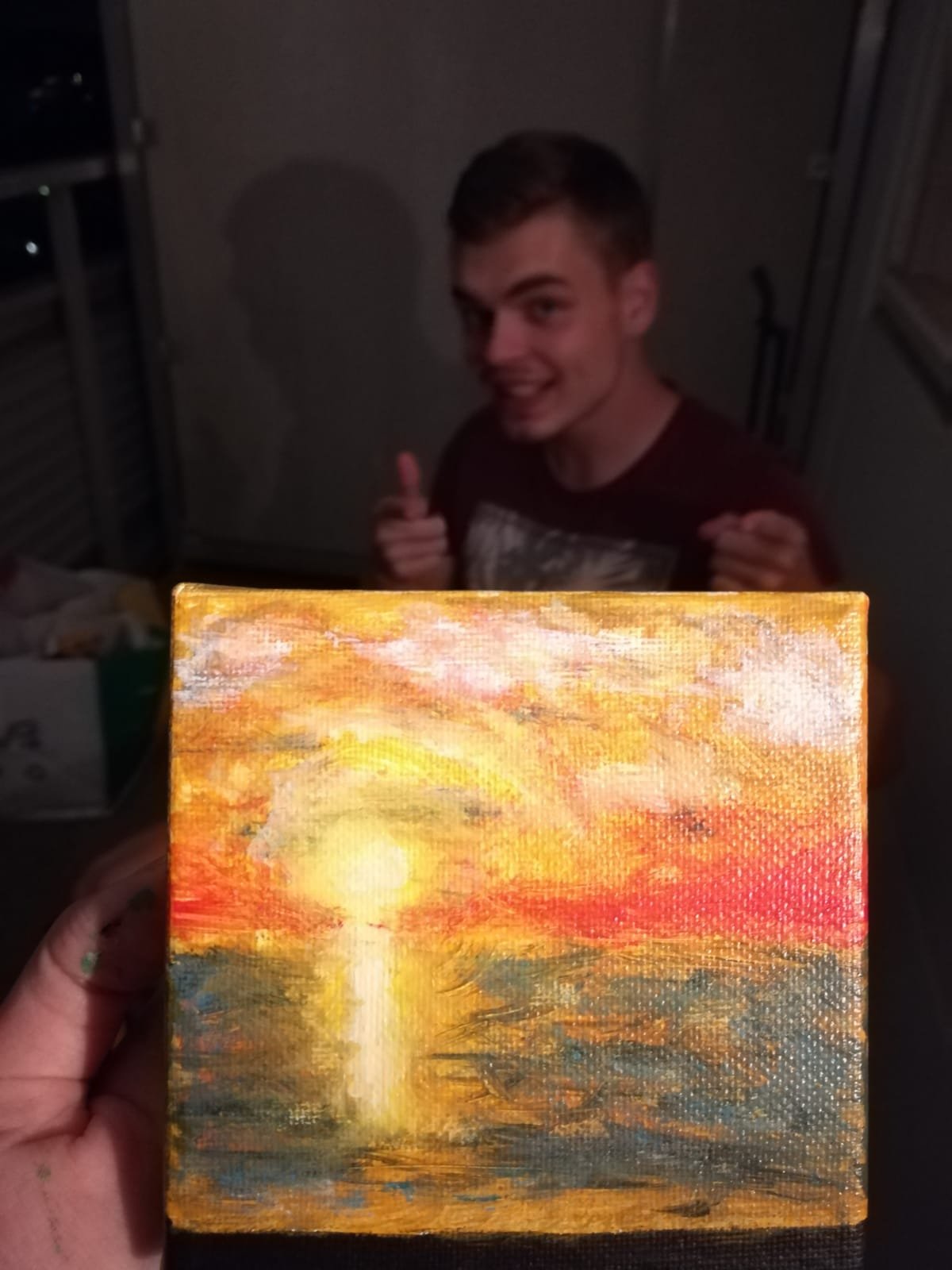 On Wednesday we made a day trip to Ales Stenar. A kind of Swedish Stonehenge. We decided to hitchhike the roughly 1 1/2 hour ride there. It took us 4 different cars. After waiting for about half an hour Roxana wanted to give up and take the train but exactly at that moment a car stopped. The guy was amazingly nice because he didn’t even had to go to the place we wanted to go. He was just free and decided to help us and take us the first couple of kilometers to Trelleborg. Unbelievable and also all the other people that picked me up have been awesome so far. Half-way between Trelleborg and Ystad we waited at a bus stop. No cars stopped but when the bus came, the bus driver told us, that we were welcome too. We couldn’t believe it. This was just crazy. 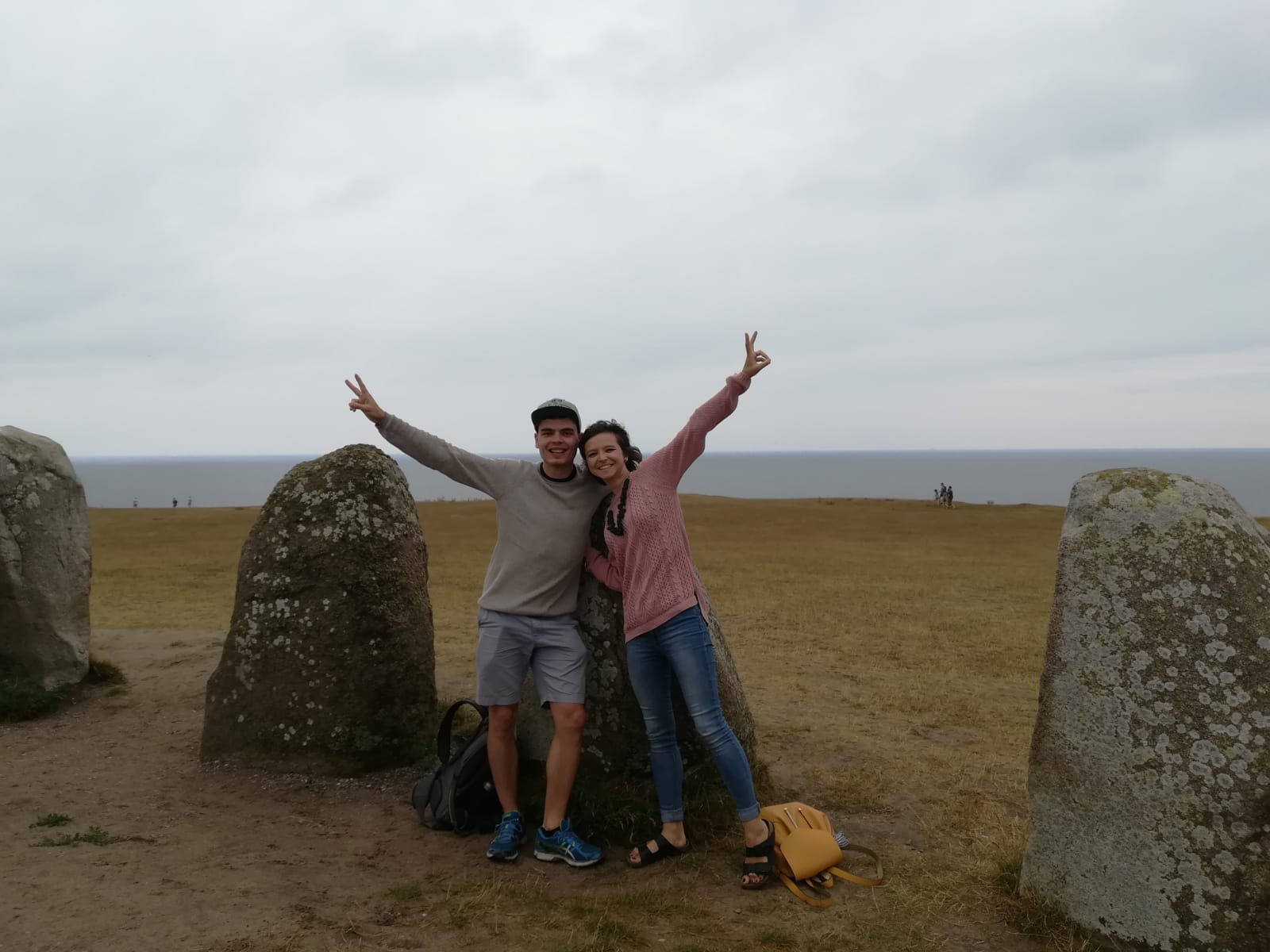 On thursday I met Thomas and his girlfriend Silvy in Malmö. They bought a van and transformed it into a campervan. The last two weeks they traveled Norway and now on their way back we met in Malmö. 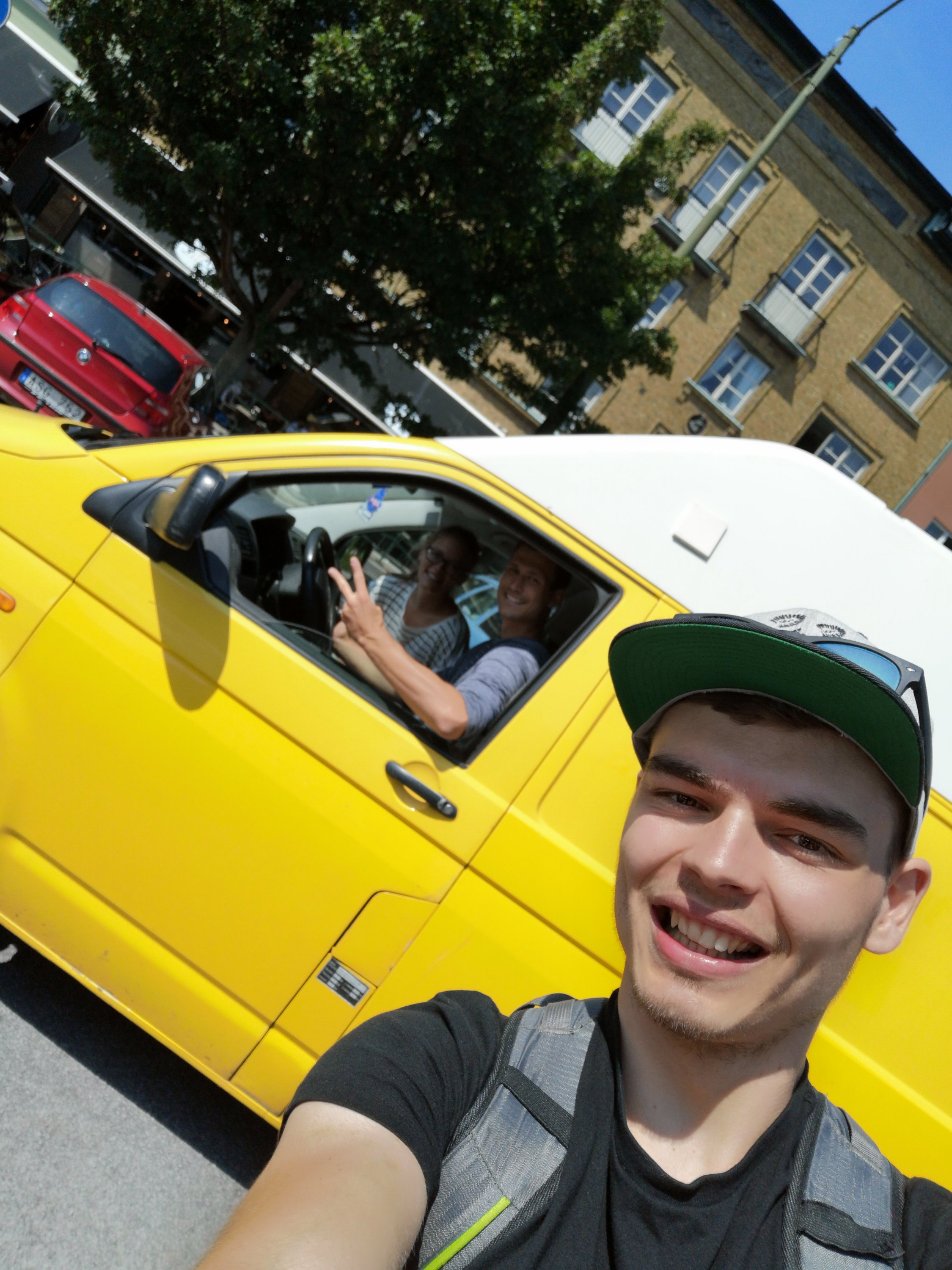 It was nice to see you again. Enjoy the rest of your journey.

And a big thank you to Roxana for hosting me. It was awesome. So glad to see you again. 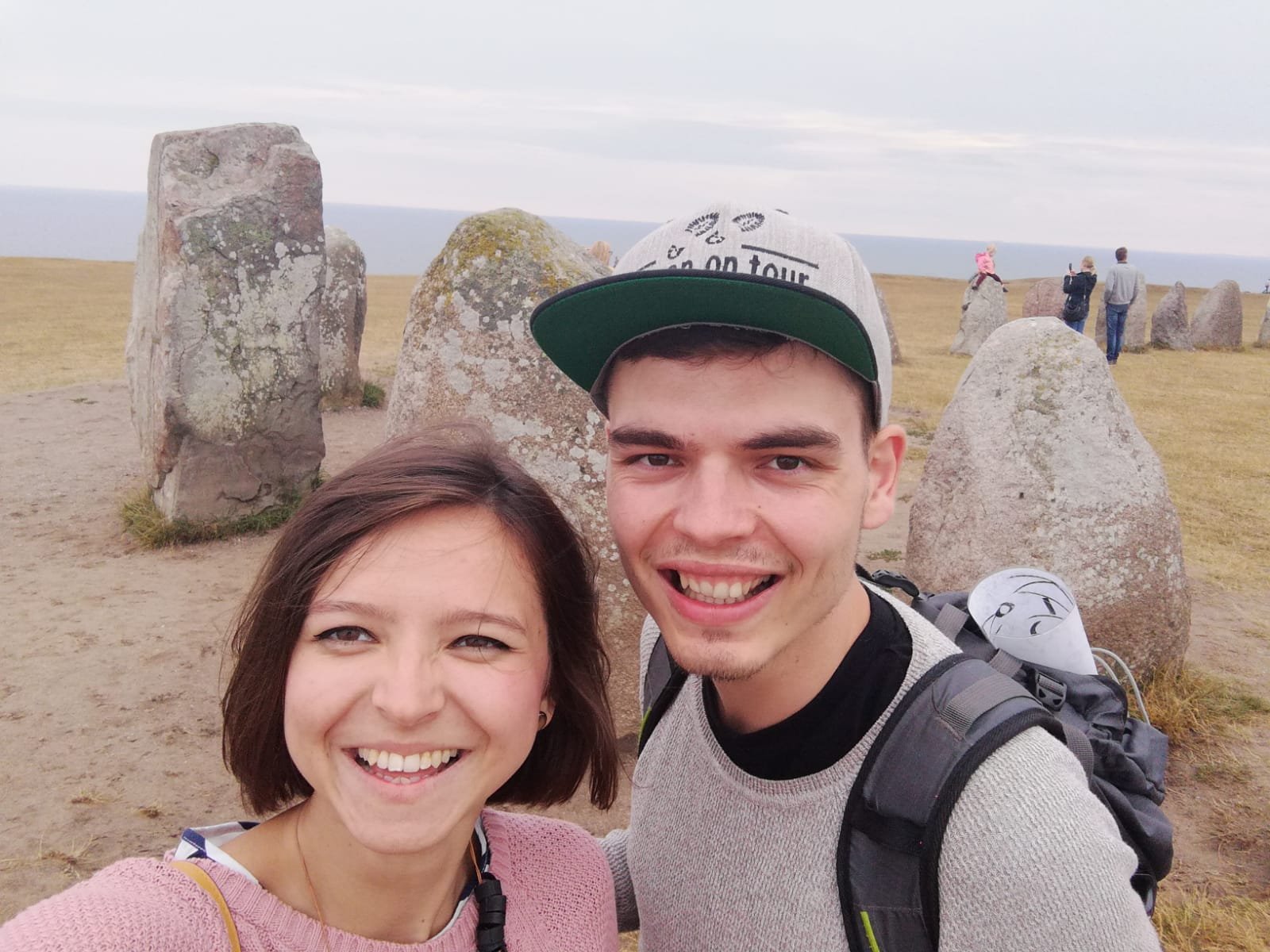 On Friday I continued my way north. This time it felt somehow different. It was the first time, I hitchhiked without a specific destination in my mind. It took me not too long to get out of the city. One guy that took me, told me of an amazing place called Mölle. So that was my destination for that day. But it was not easy to go there. I waited at a bus stop for nearly two hours until a 17 year old boy came and asked me what I was doing. I told him my story and he offered me to pay for my busticked to Mölle because he was also going there. We had a nice conversation and he told me that I was an inspiration for him. That felt really good to hear.

In the evening I met a guy from Denmark while looking for a good place for my tent. Magnus is 23 years old and walked nearly all the way from Copenhagen to Mölle. He told me that he was sleeping next to the sea without a tent. I decided to join him. We climbed up to the top of the hill to watch the sunset. It was beautiful. The sunset in the sea. 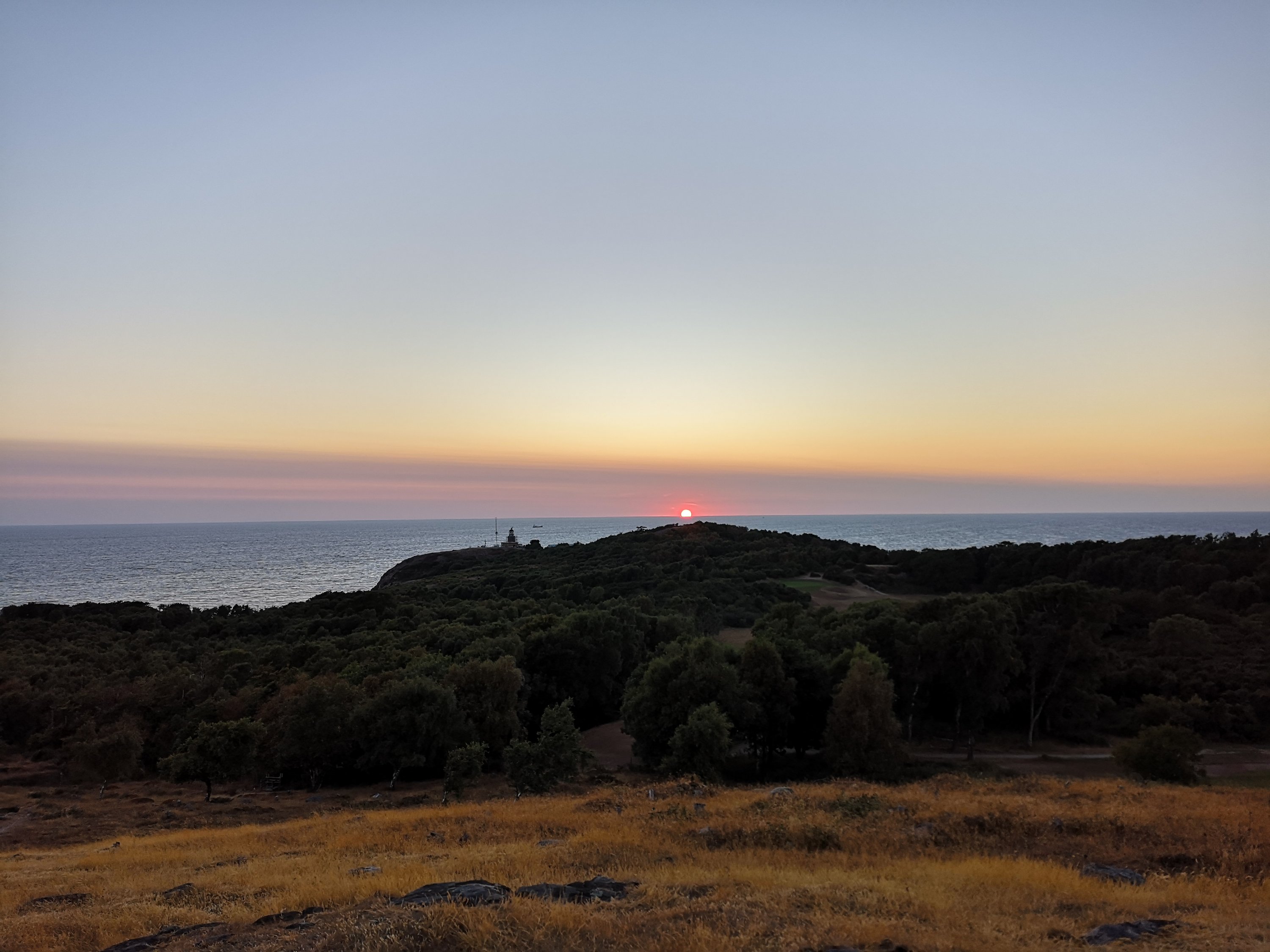 Magnus has decided on that same day that he had enough of walking and that he would hitchhike to Oslo because his girlfriend lives there. What a coincidence. I also wanted to go north so we decided to hitchhike together to Oslo. It took us two days but I really had a great time. Hitchhiking together with someone else is much more fun than alone. We had deep conversations, danced to reggae music, slept in the kingsforrest, and after 8 different cars, we arrived in Oslo on sunday evening. Magnus‘ girlfriend has an apartment together with two other girls. She was about to come to oslo on Tuesday and also another girl would come back on Tuesday so I had a room for two nights in freakin Oslo. Who would have thought that three days ago. In the evening I went out for some beers with the roommate of Magnus‘ girlfriend and her friends. It was funny. The next day we did some sightseeing in Oslo. It’s a nice city but very expensive.

Thank you Magnus for the time together. It was nice to meet you. 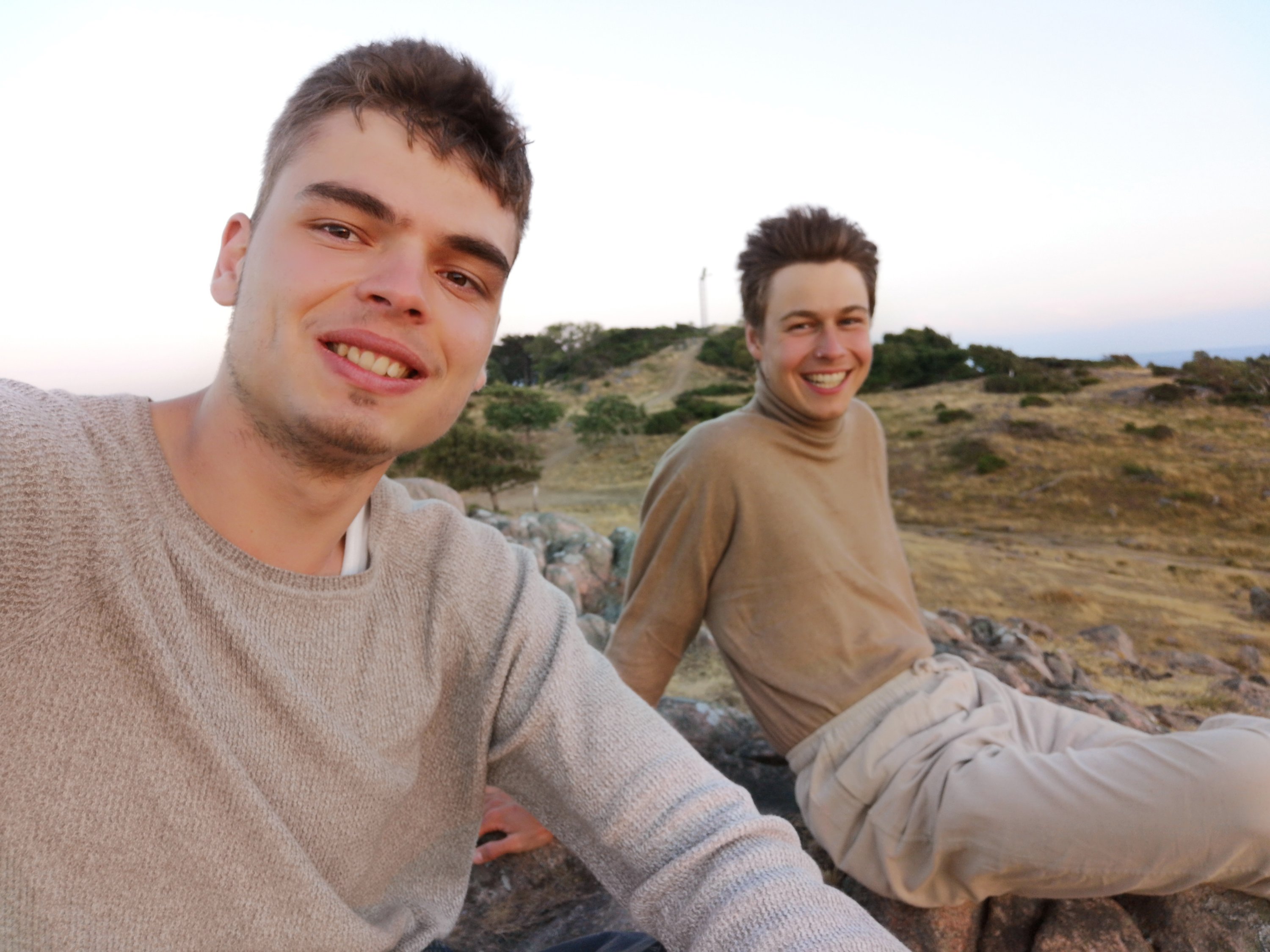 A few days before I came to Oslo, a friend of mine sent me a message that he would also come to Norway on Monday. It was Jakob, who I met just a couple of months ago when he held a talk about his trip around the world. It was amazing and he was one of the people that inspired me to do what I am doing. He is visiting a friend in Norway and he asked me if I want to meet up at Stange, where they would spend a week at a cabin next to the lake there. So that’s what I did. I hitchhiked to Stange from where I had to walk nearly two hours to get to the cabin. It was exhausting because my heavy backpack was not meant for walking. Along the way I saw a moose which made up for the struggles. It was amazing. 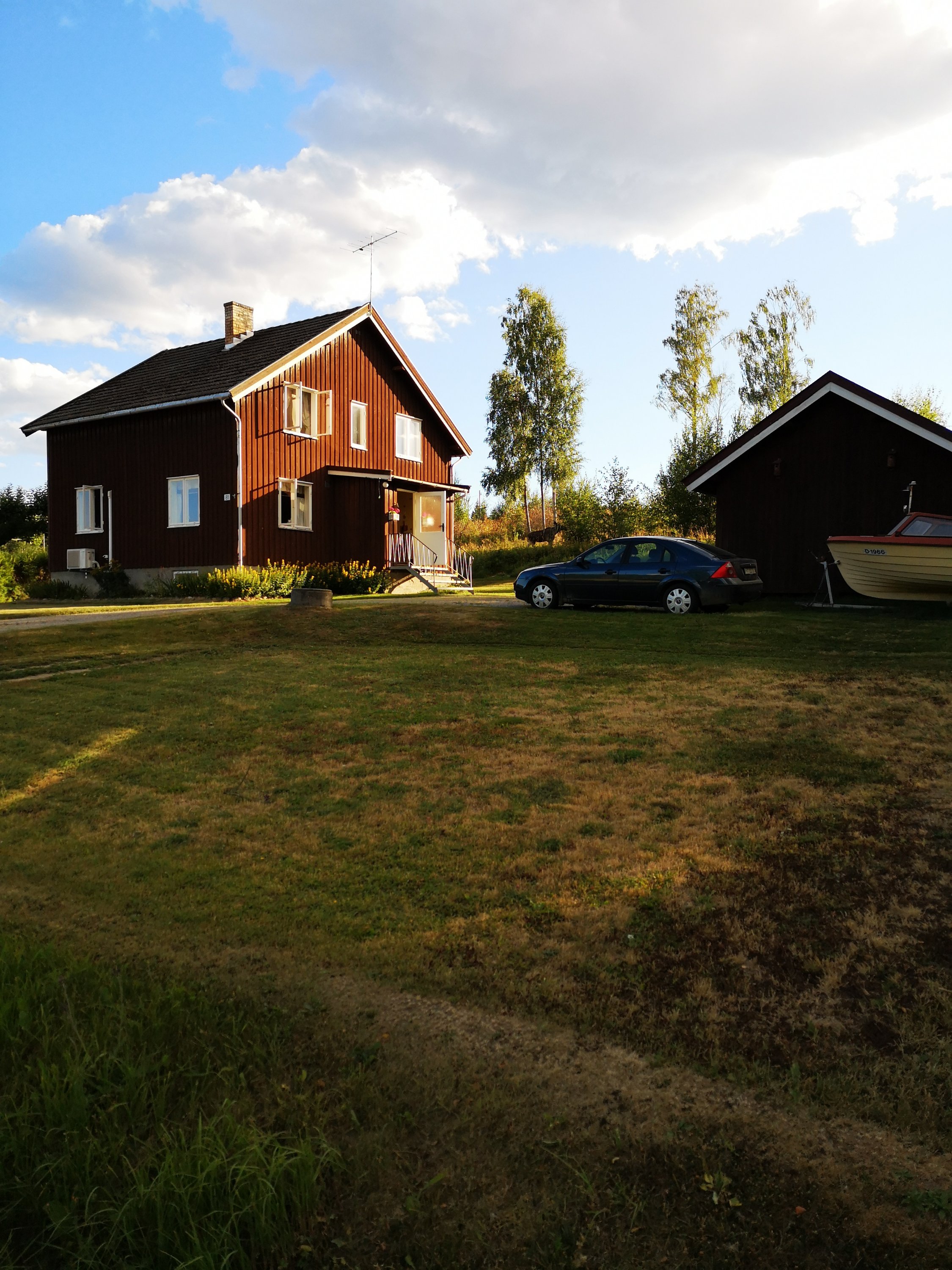 At the cabin I stayed for two nights. I had an amazing time there. Playing the guitar, canoeing on the lake, sleeping under the stars, swimming in the morning… It was unbelievable. A couple of months ago I listened to the talk of Jakob telling his story of how he and Martin, the guy the cabin belongs to, hitchhiked from Vienna to Portugal and now I’m here with them and actually doing some similar adventure. Check out his Blog at thousandfirststeps.com. Thank you so much to both of you for the great time and keep spreading good vibes to the world. 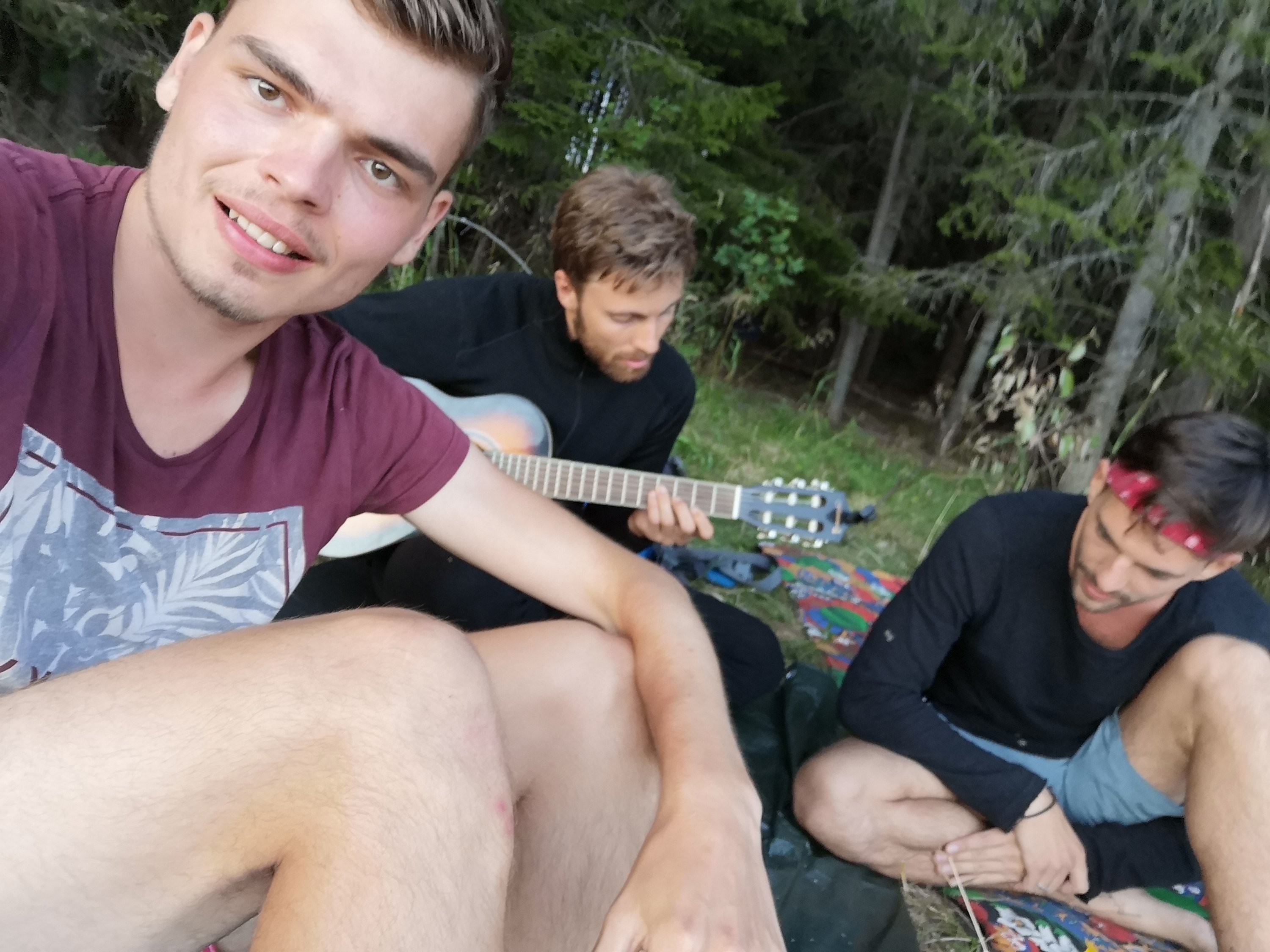 That’s it so far. I am really enjoying the time on the road, meeting all these great people. I feel blessed to have such amazing friends and I’m looking forward to what’s to come.

Thanks for reading.
All the best,
Manuel

Here are some more shots of the last few days: 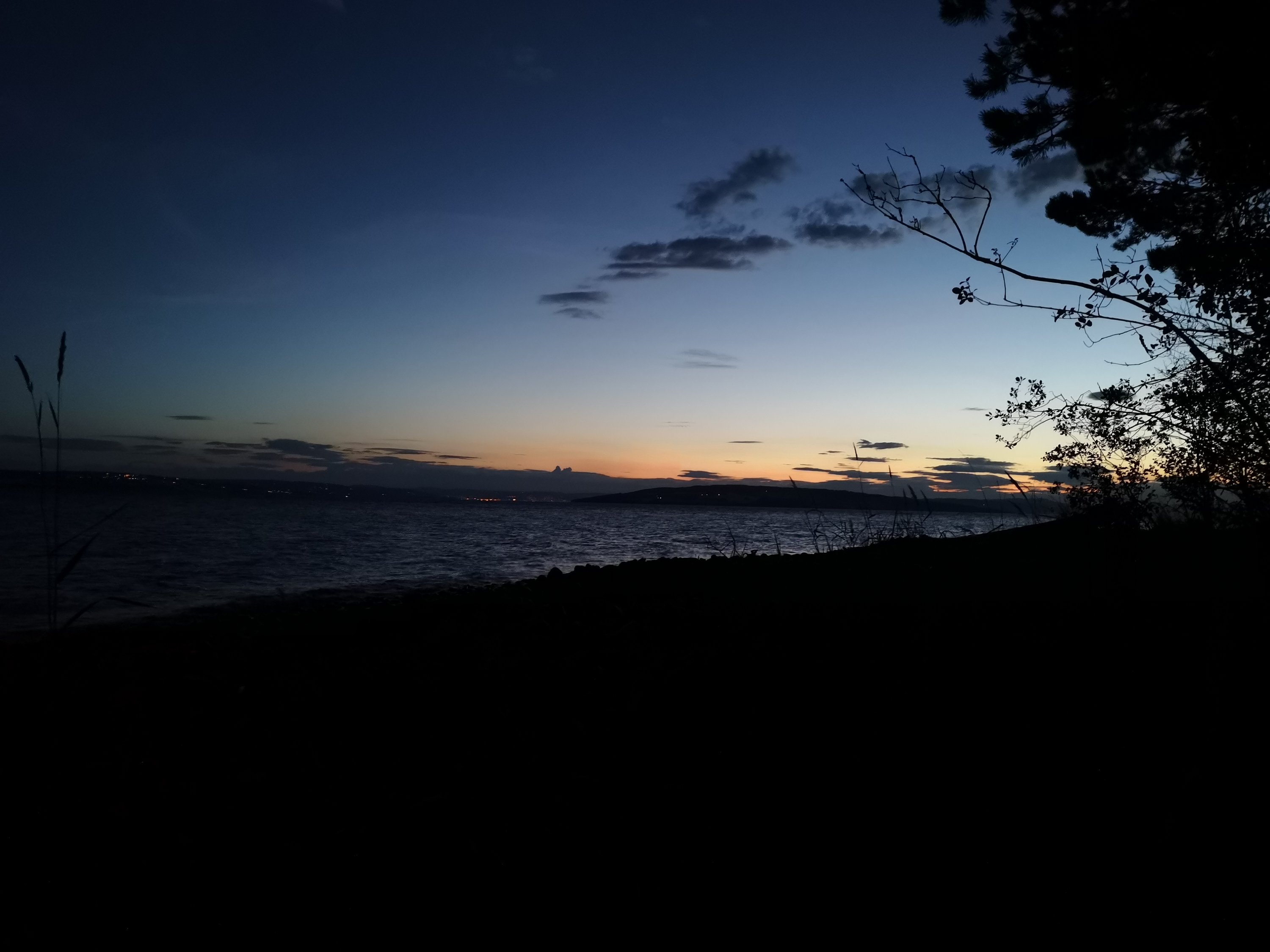 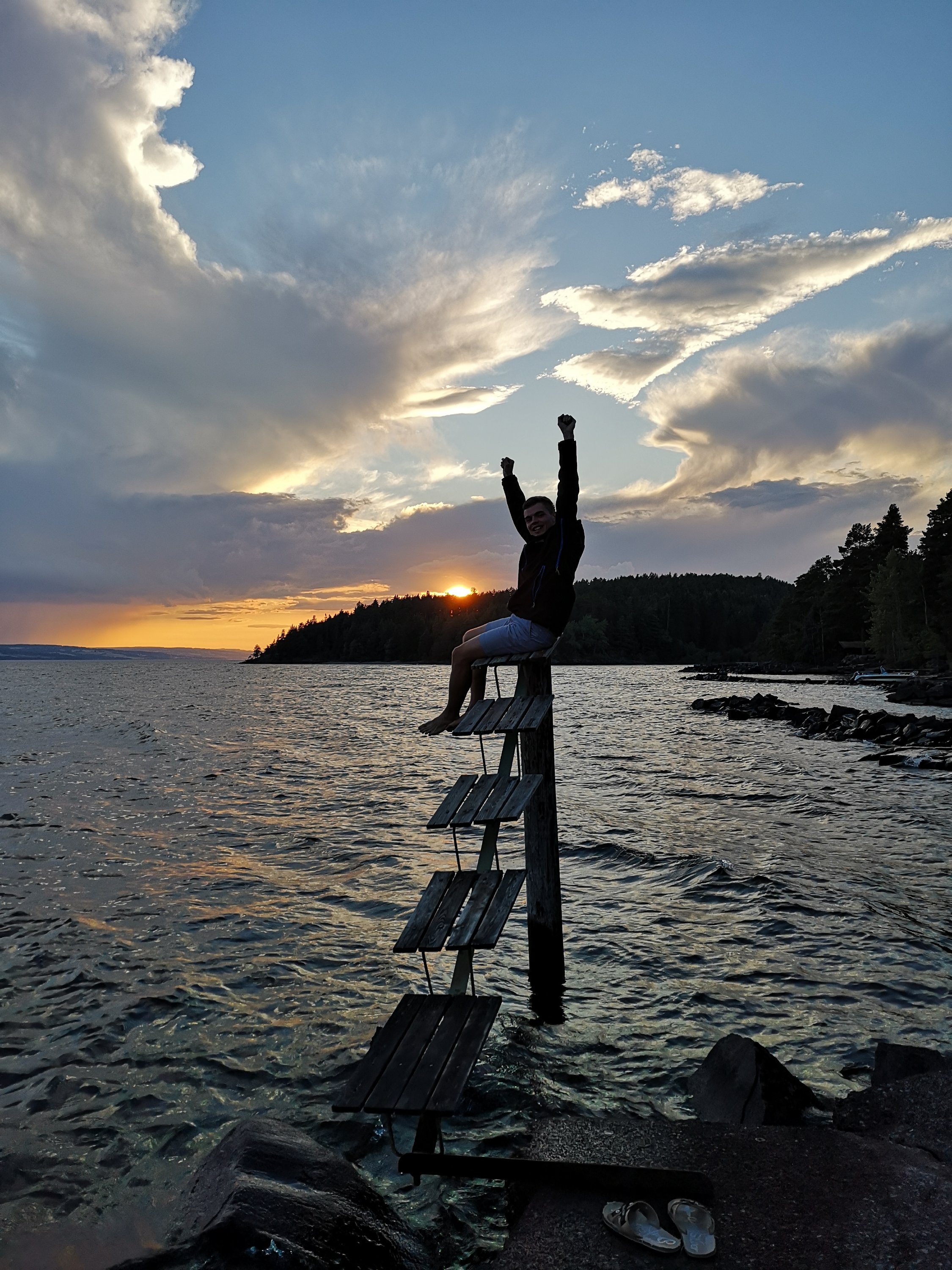 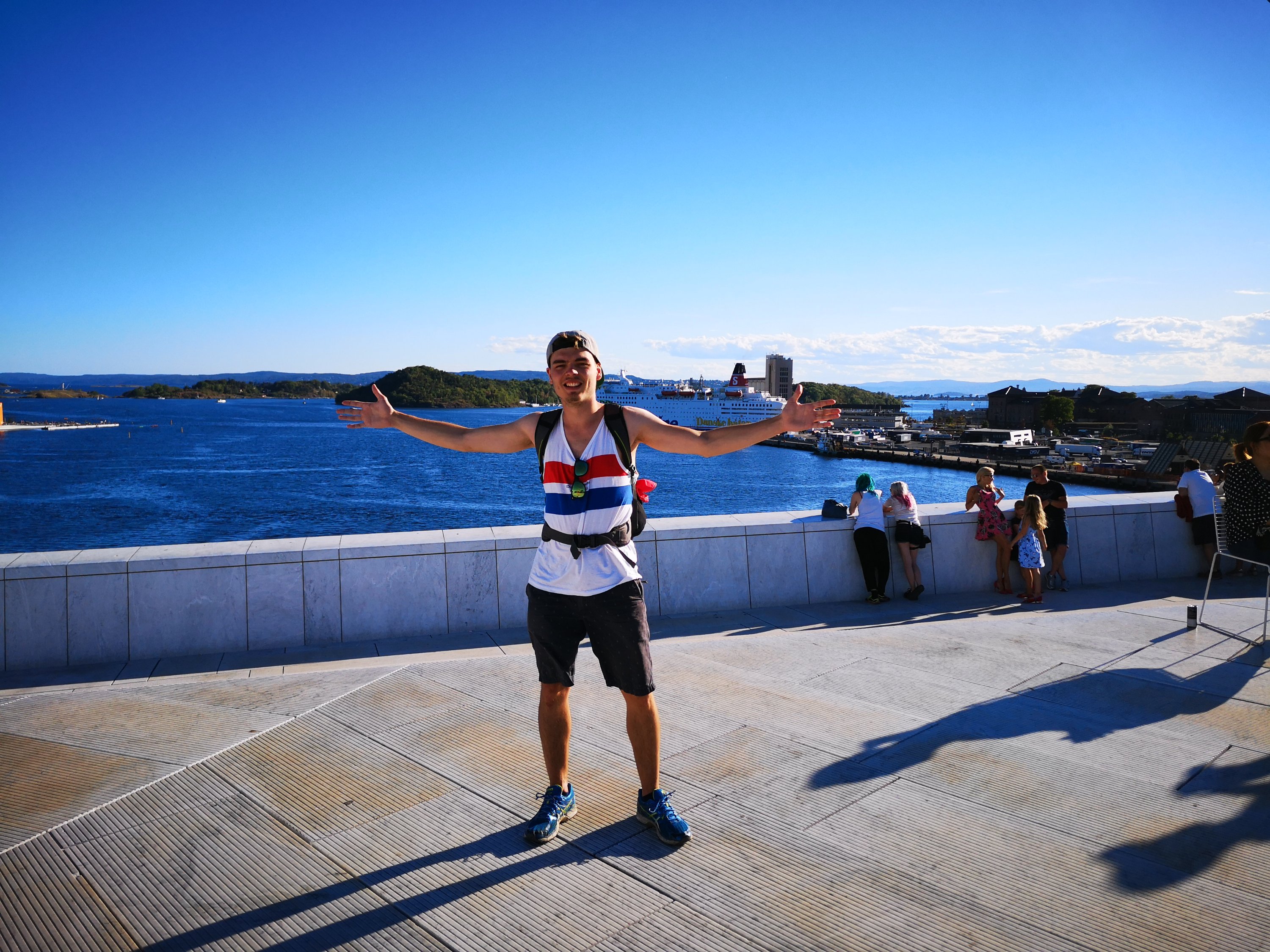 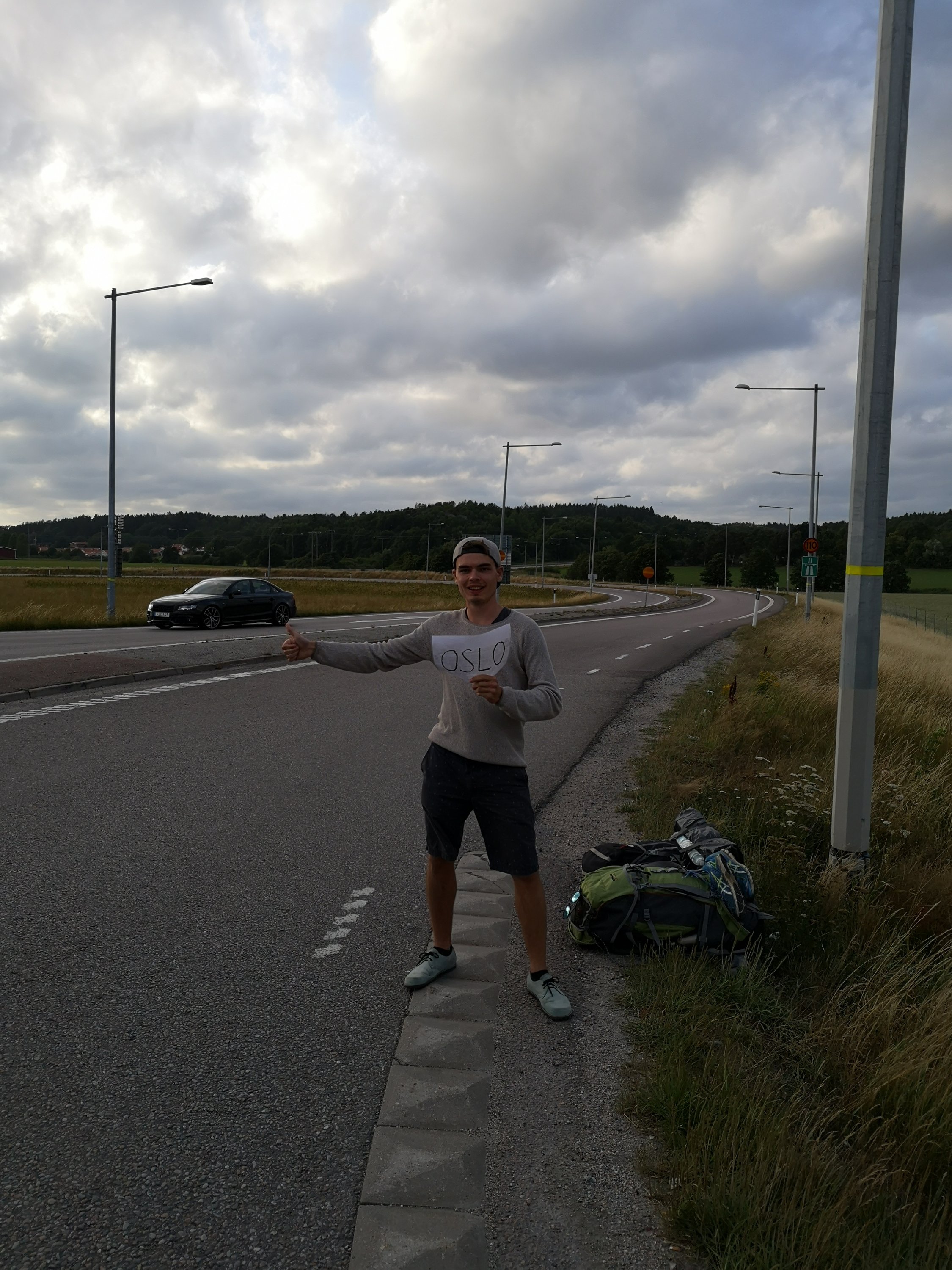 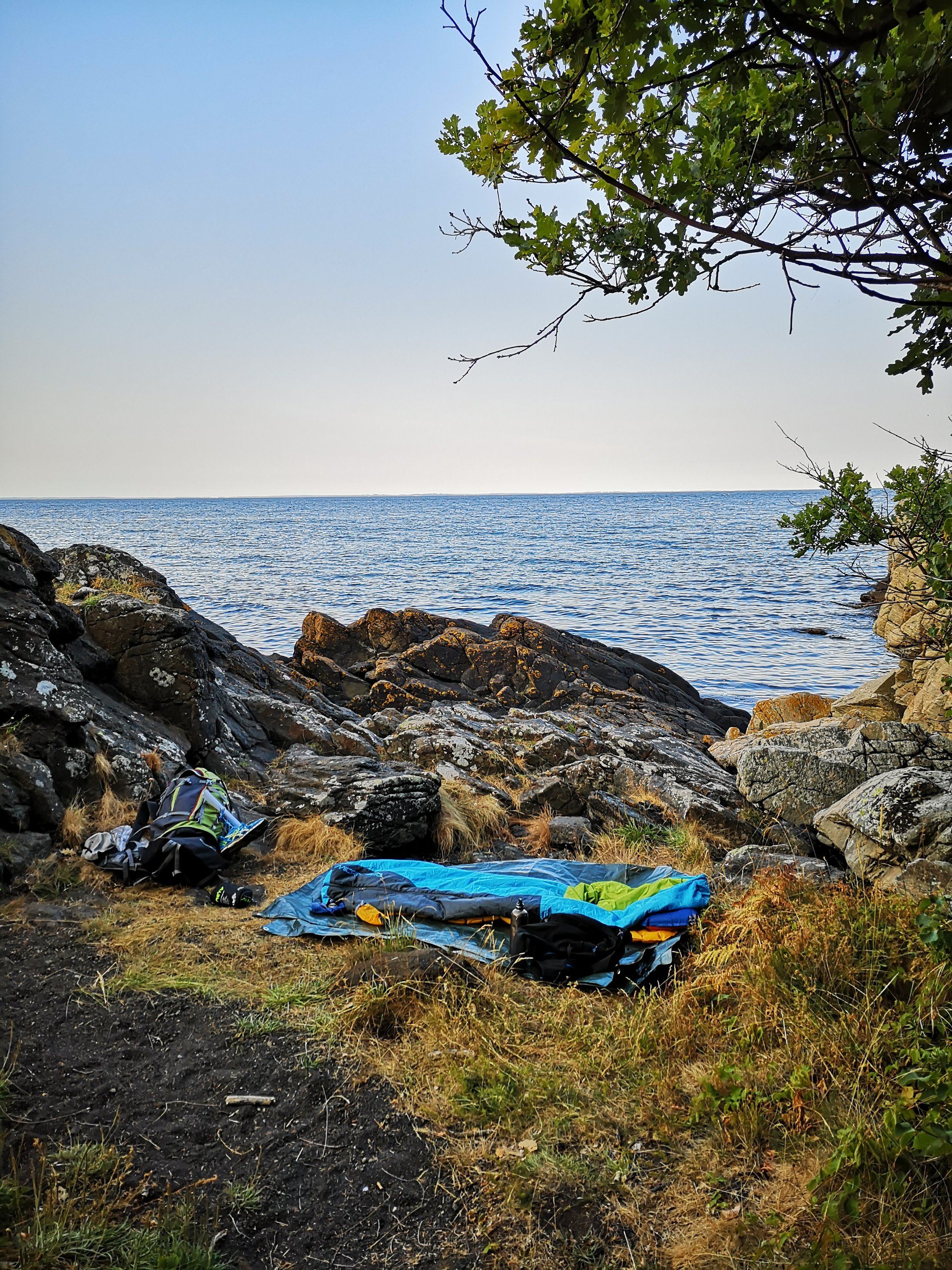 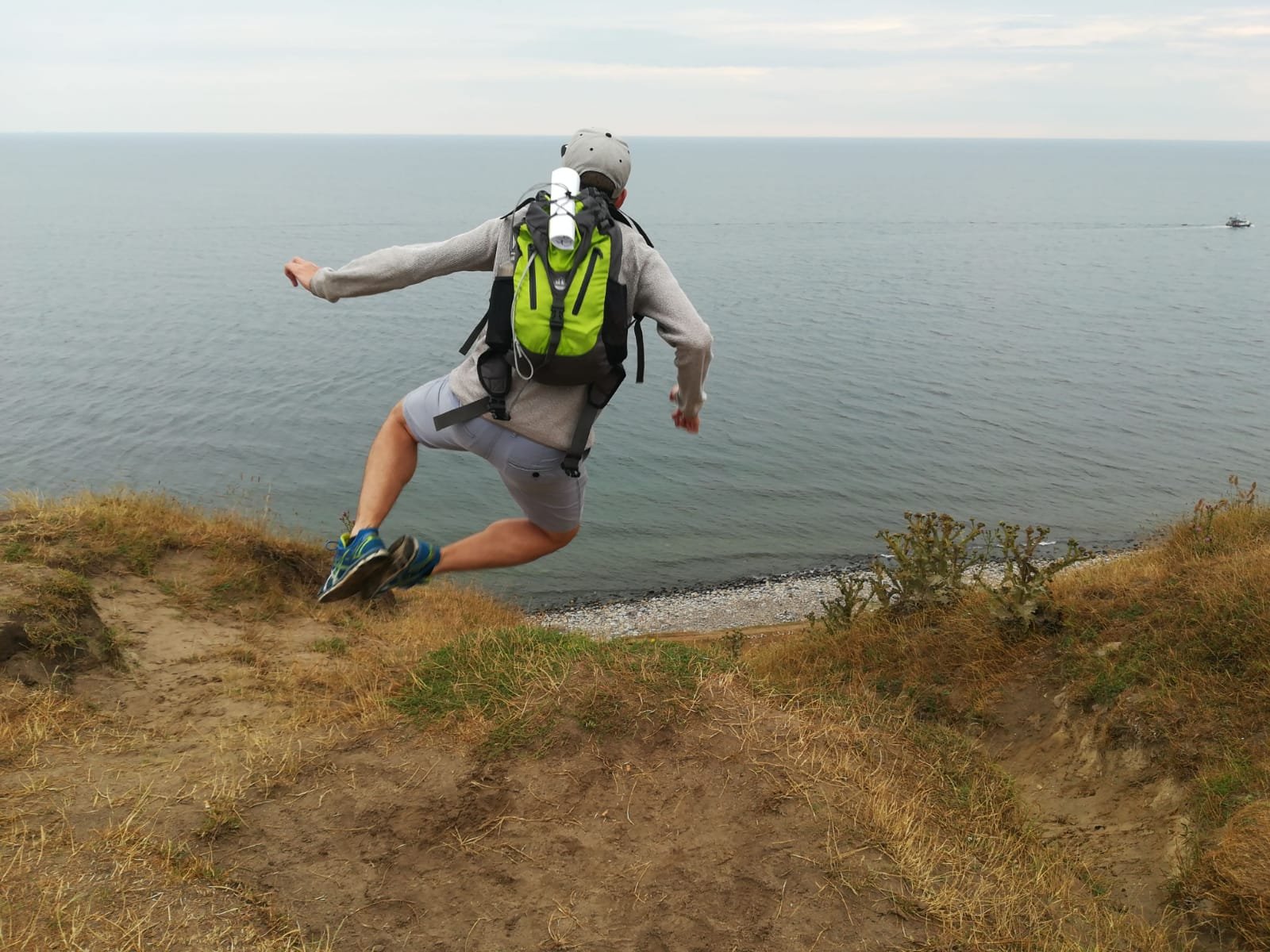 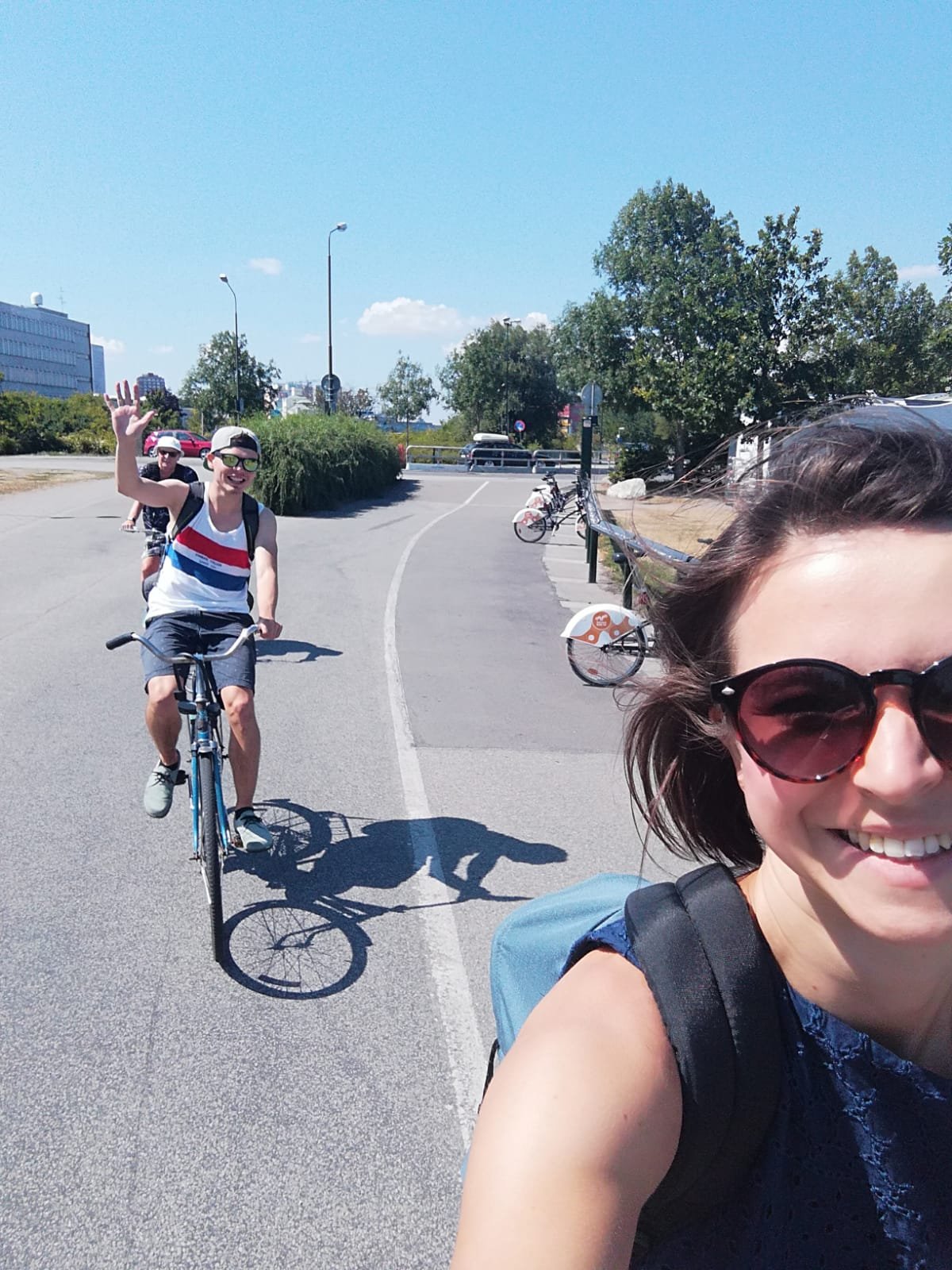 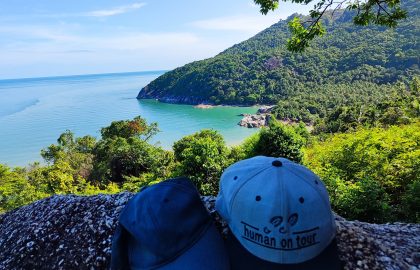 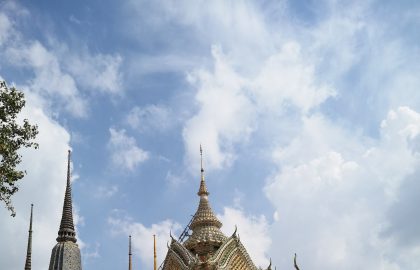 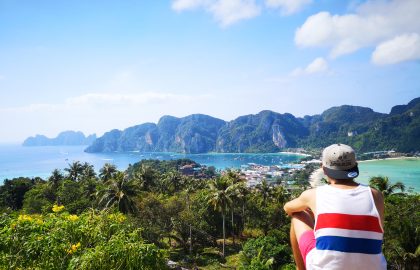 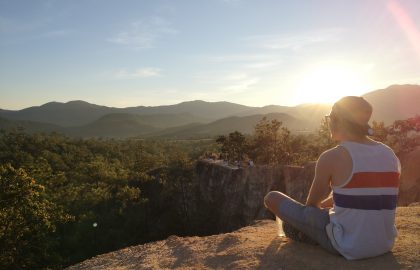 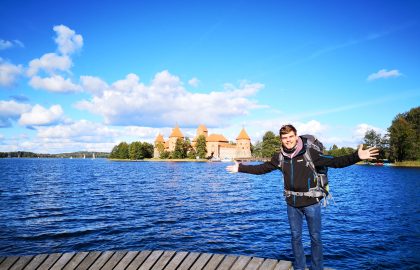 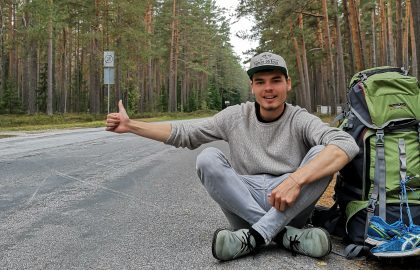 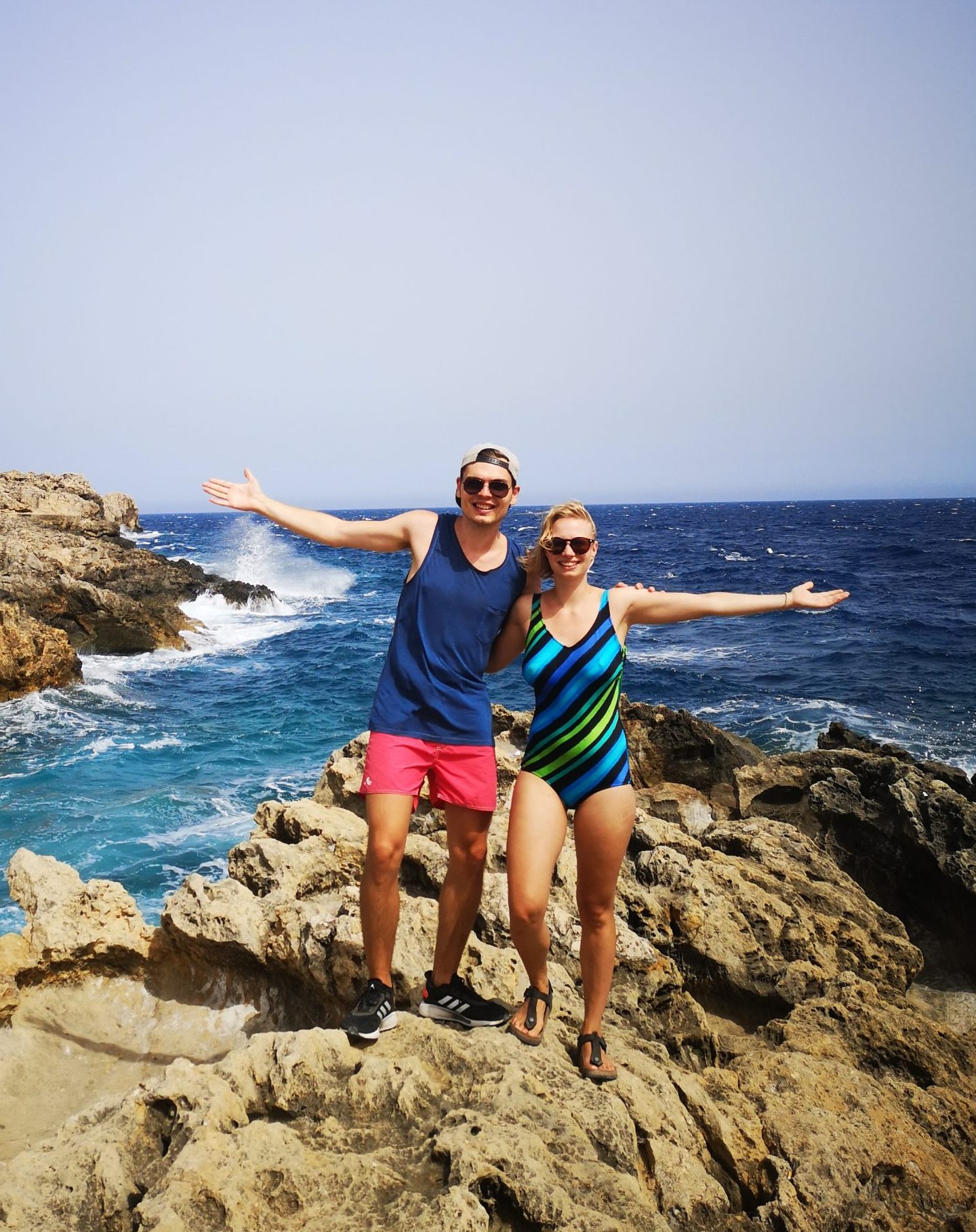